An outdoor reading space and community garden under construction on the north side of Winkler's Centennial Library was dedicated and officially named during a ceremony Friday afternoon.

A number of the community supporters were on hand for the dedication, including Winkler Mayor Martin Harder, his three children and other members of his family. In addition to other contributors, the Harder family made a significant financial donation to the project to help make it a reality.

The new community space is being named Eleanor's Reading Nook, after Harder’s late wife, Eleanor, who passed away in 2014. Martin explained, that Eleanor, who he was married to for 46 years, was an avid reader all her life, noting she would get a new bag filled with books from the library every two weeks.

He said the library became even more important to Eleanor after she was diagnosed with lupus in 1987. "Therefore, her joy in life was just sitting in a book, and being able to read. She couldn't go out, and so therefore that's where she spent her time, and the library was very important to her."

"I thought it was a great idea, knowing my mom and her love of reading growing up," said Eleanor's son Darryl Harder, regarding his family's decision to contribute financially to the reading space and community garden. "Growing up, she always had stacks of books in the house, and she whipped through them like they were Dr. Seuss, she read so fast. That was a passion of hers, every book she could get her hands on, that's what she would do."

As a family, Martin said they were looking for a way to leave a legacy they would remember, and would reflect who Eleanor really was. He said the idea came up to support the library's outdoor reading area and community garden.

"They (the library) were the ones that were gracious enough to allow us to name it Eleanor's Reading Nook. Not only our kids, or our grandkids, but maybe their kids will remember it."

Jess Martens is with the Winkler Library. She said work is on track for Eleanor's Reading Nook to be completed and ready for use next spring.

"The idea is we construct a garden available for use anytime the library is open, and we've also added a patio area outside that is available for use round clock, around the seasons, if you're brave," said Martens with a chuckle Friday afternoon. "Essentially, we wanted to create a community space."

Martens noted Eleanor's Reading Nook will go beyond just providing a tranquil place to curl up with a good book.

"One of the parts that I'm looking forward to the most of the new garden, we're going to have the traditional flowerbeds, that kind of thing, but the part I'm looking forward to the most is the kid's garden," she explained. "Each spring we're going to plant some stuff with our kids, but it's going to be part of the program, and as we go through the summer, kids can see how either the flowers or the vegetables, how they grow, kind of explain a little bit how nature works, how seeds work, and and then of course, they get the produce of it." 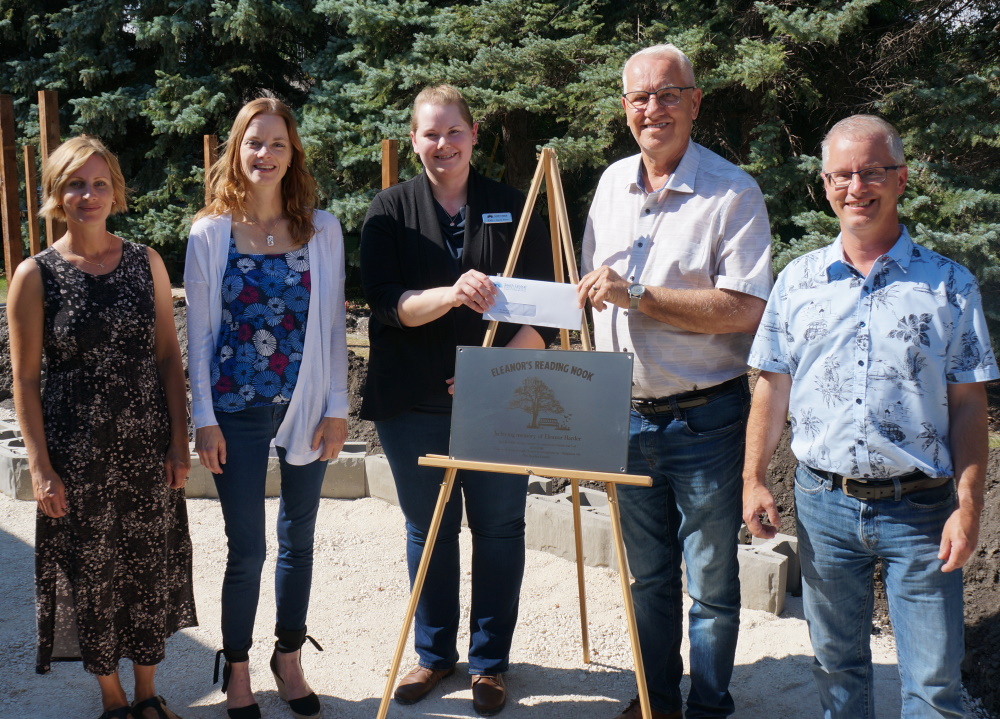 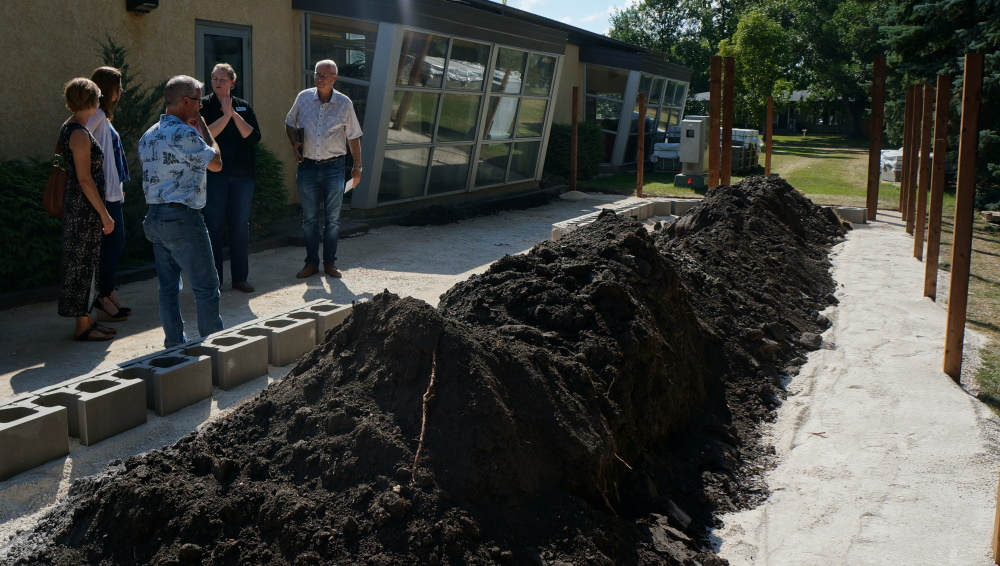 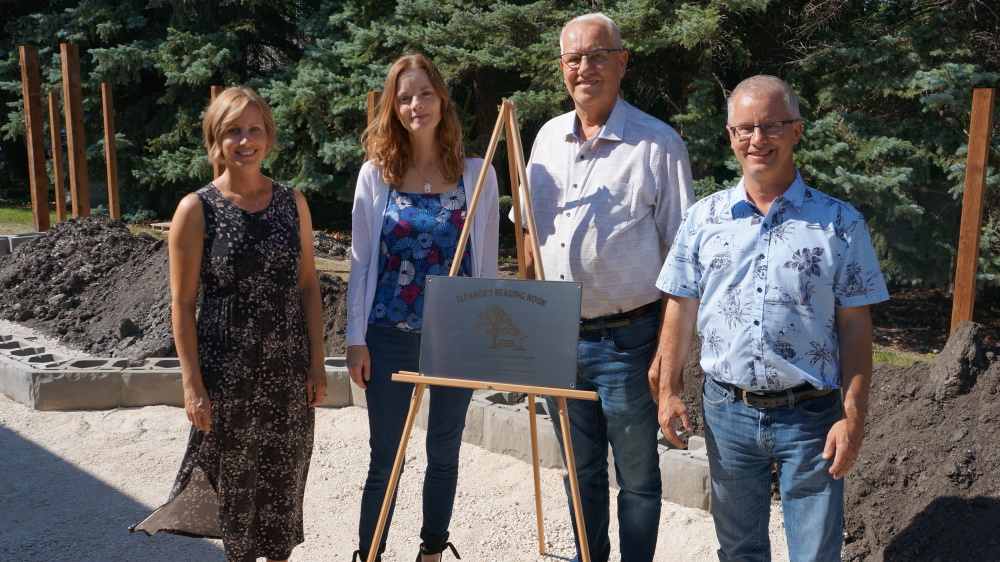 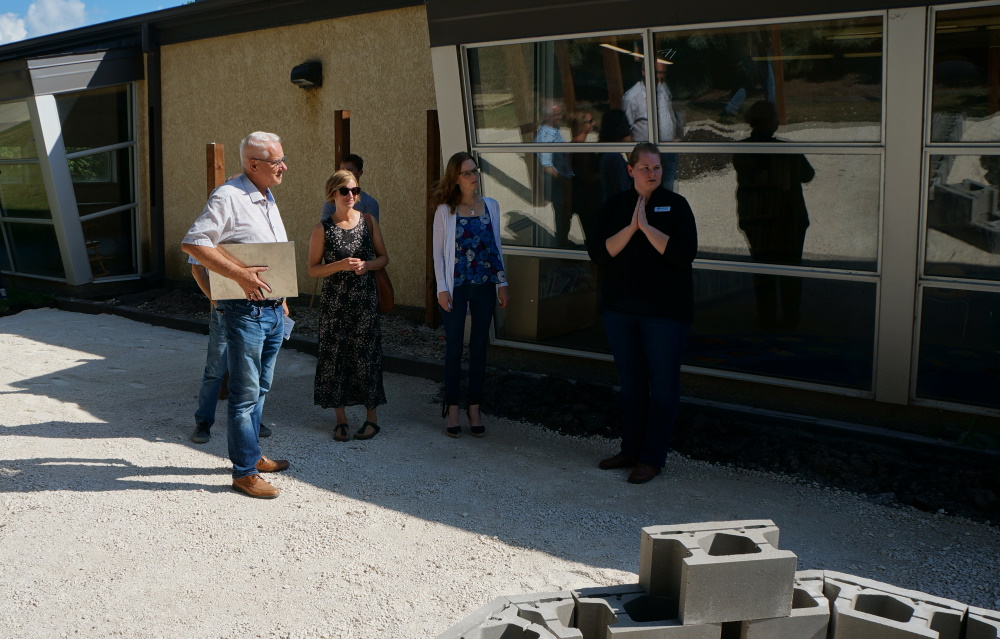 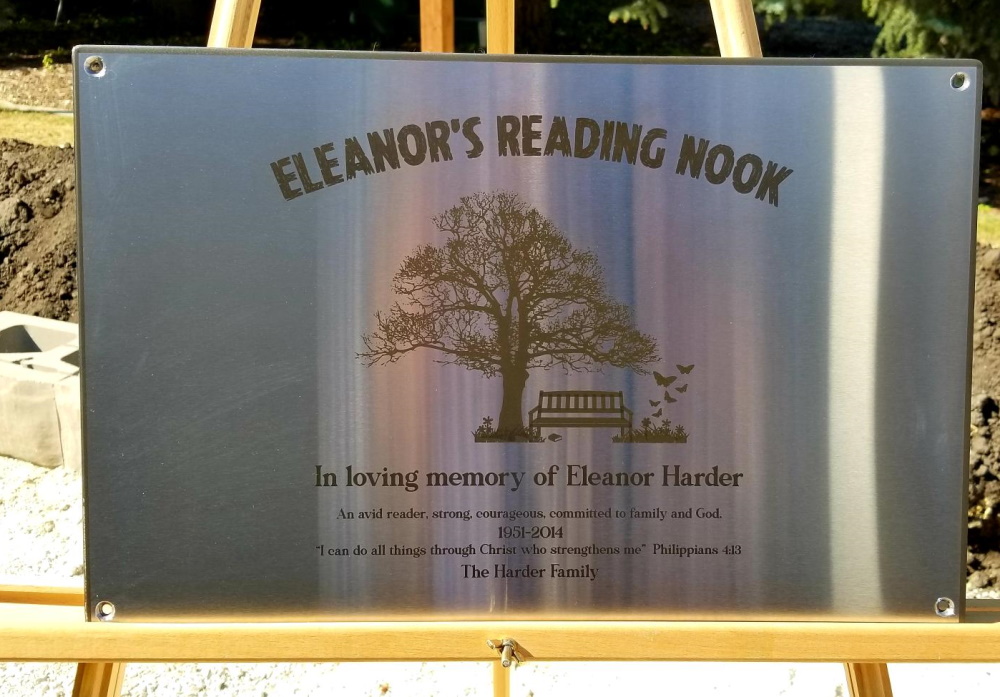