"I'm just thankful and honoured to have been alive during her reign," says Winkler's Mackenzie Dunseath

Winkler's Mackenzie Dunseath always dreamed of meeting Queen Elizabeth II.  She had a long relationship with Her Majesty and recalls the stories her parents told to her over and over again about the opportunities they had to meet her.

Dunseath was planning on going to school this year in Northern England and planned to meet her when she was there.

"This is our opportunity.  I've loved the queen for almost my entire life. I sent her birthday cards, Christmas cards, anniversary cards, and I always get a response. So, I have probably close to 20 cards from the Queen at home, actually, and so it was a big dream of mine to see the queen and it ended up not actually happening."

In a twist of events, days before she was to fly to England with her mom, leaving some days to tour around England, the Queen passed away, dashing her hopes of meeting her face to face.

When they arrived in England, the original plan was to go to bed early to counteract the jetlag but she and her mother and a friend who met them there from Calgary, heard the queen was to be flown into London from Edinburgh, Scotland that day.  They were told the route the procession would take to bring her to her resting place, and they decided to add it to their plans for their first day.

"It was a big dream of mine to see the queen and it ended up not actually happening, but we decided to wait out by Hyde Park Corner, and wait for her coffin to drive by in the hearse. We were told it be about a 2-3 hour wait until she got there. It was about 2:30 in the afternoon at this point, so we thought she'd be there at about 6:00 o'clock. She ended up only coming by 8:00 o'clock, but it was an opportunity that I would not have traded to go to bed early to get over our jetlag. It was incredible."

A surprise added to their wait was to see the new King Charles III and Camilla Queen Consort drive by a couple hours ahead of the hearse.

As the hearse drove by, someone in the crowd shouted, "Three cheers for Her Majesty the Queen." and the crowd cheered together.  She said it felt like a huge team moment of strangers all sharing the same important celebration of life.

Part of Dunseath's time in London was bringing a note and Canadian Flag to Green Park, where flowers and notes were left for others to gather and to read the messages others had written.

"What did my notes say? I expressed my love of her dedication and my respect for her dedication to our country being part of the Commonwealth for 70 years, it was an incredible example of what it means to be a servant and what it means to honor one purpose. At the end, I said I'm just thankful and honoured to have been alive during her reign." 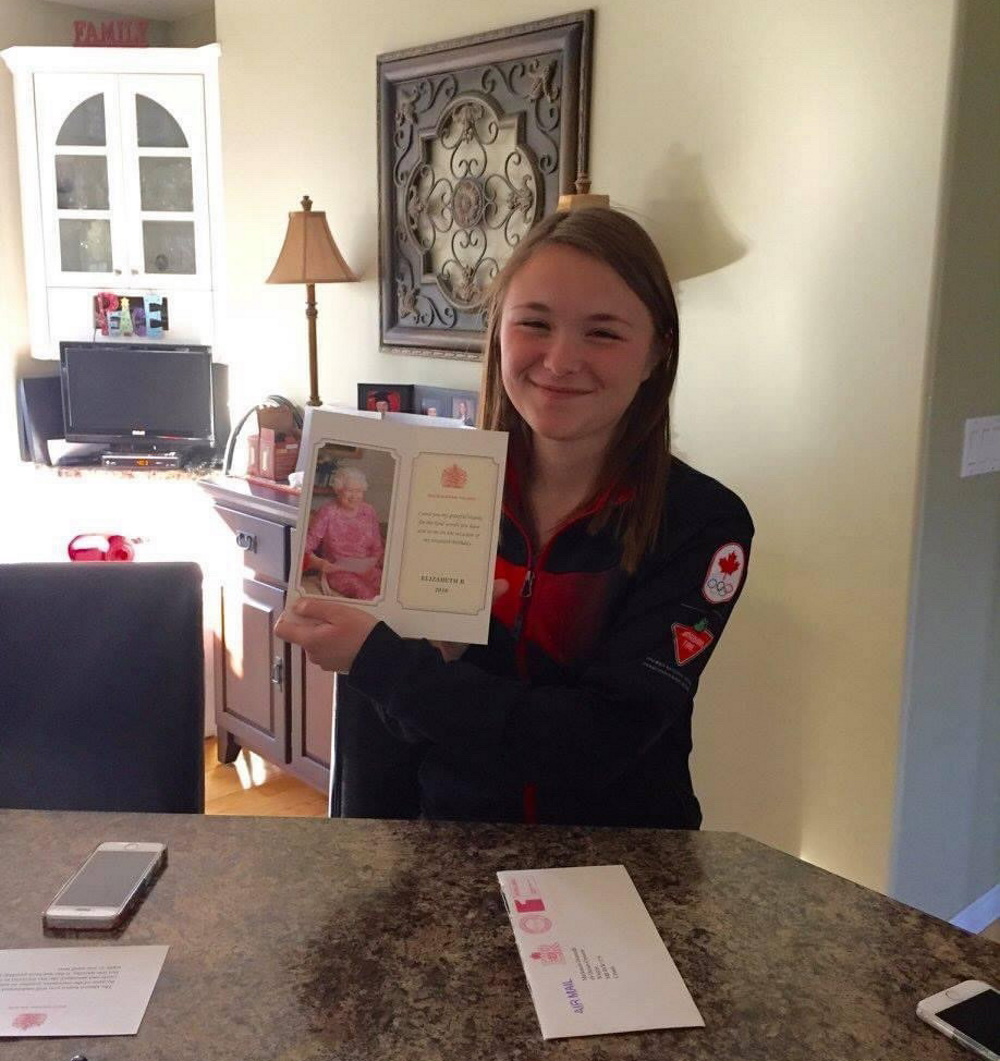 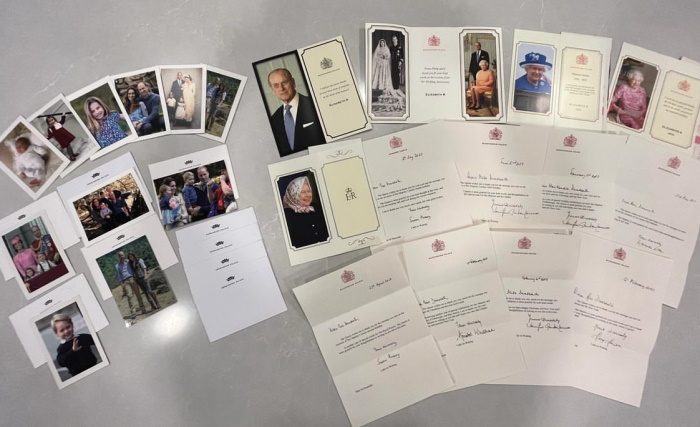 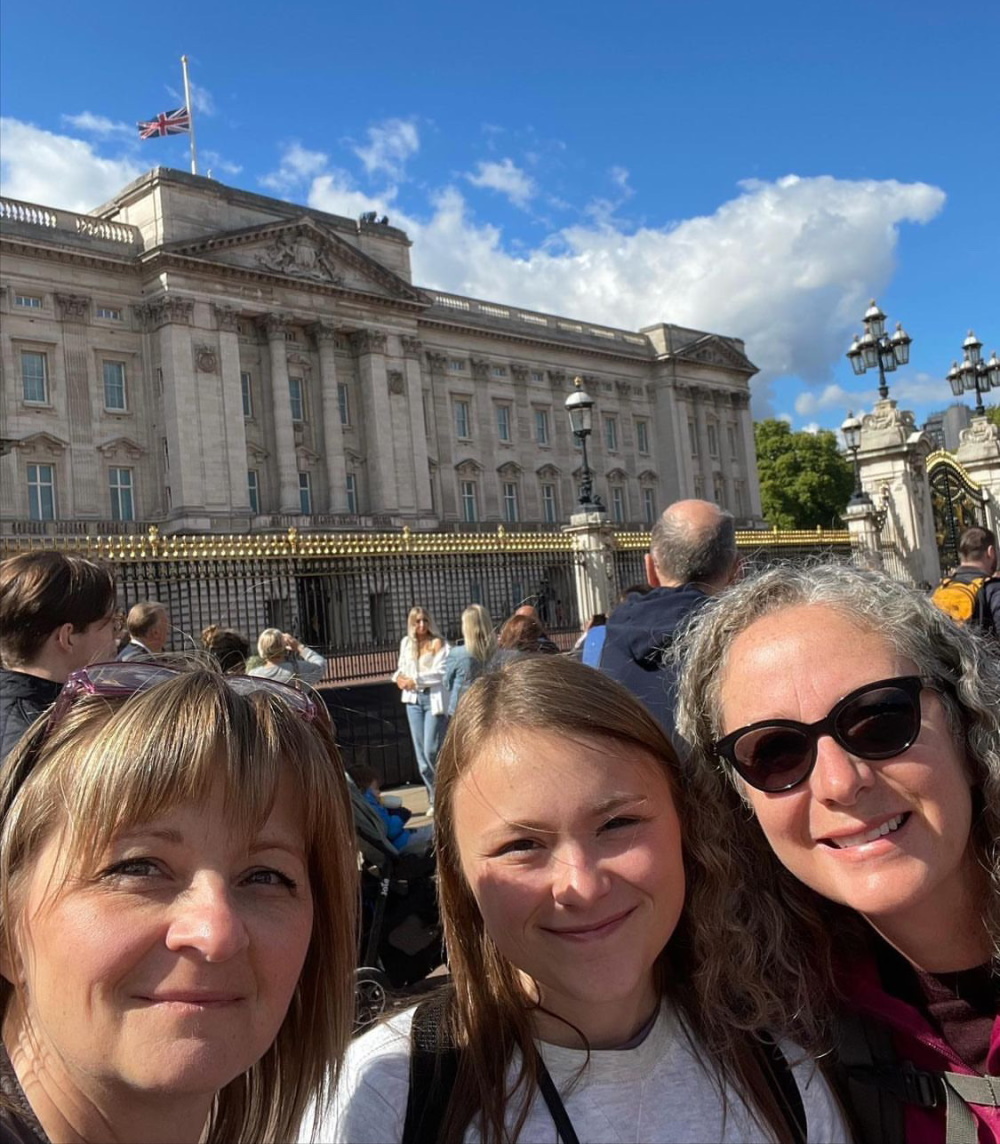 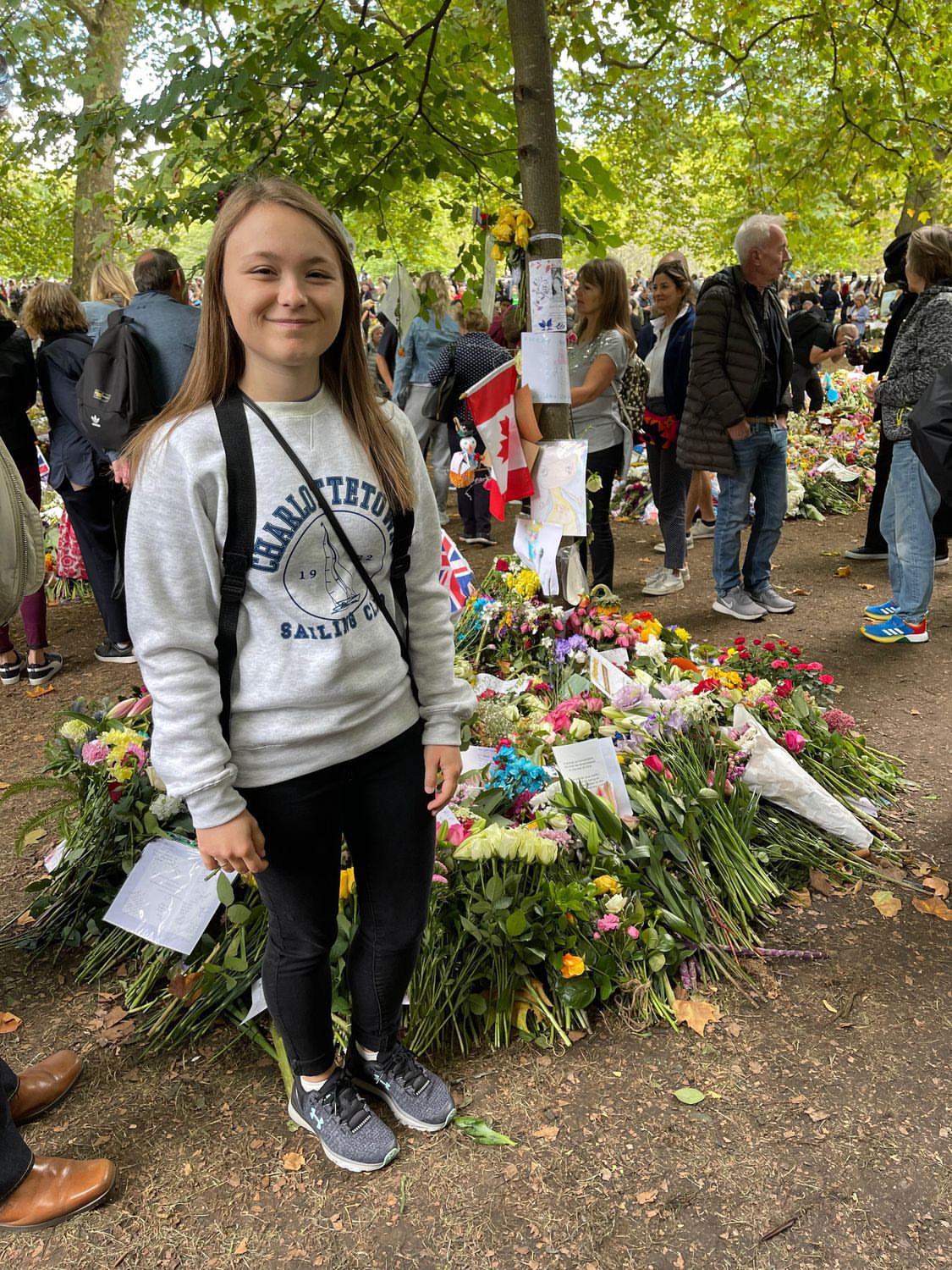