Morden's Yevgeniya Tatarenko said it was a powerful time at the 27th Triennial Congress of Ukrainian Canadians last week in Winnipeg.

Tatarenko said it was a huge event with the attendance of 'power keepers,' 'change makers' and 'decision makers' who worked on and finalized proposed resolutions to provide a guideline and the "game rules" for the Ukrainian Canadian community across the country in order to preserve and maintain Ukrainian culture. Around 400 people attended the three-day event.

Tatarenko described how her friends and family reacted to her photo with Trudeau, and the opportunity to shake the PM's hand and thank him personally for Canada's support of Ukraine during the war.

"Some of my friends from Ukraine, when they saw my picture with Justin Trudeau on Facebook, they were like, 'Oh my gosh, I am shaking the hand of Justin Trudeau through you. I shook your hand and you shook Trudeau's hand.' It was like a discovery, and it was a really powerful moment for lot of my friends and family in Ukraine, that every Ukrainian in Canada has any opportunity they want to achieve."

It was during the congress that Prime Minister Justin Trudeau announced the sale of bonds for purchase to support the rebuilding of Ukraine when the time comes. Tatarenko was able to speak briefly with Trudeau to thank him for Canada's support for Ukraine.

She says she was also very emotional meeting another person who took time to attend the Congress, Larisa Galadza, Ambassador of Canada to Ukraine. Galadza is a Ukrainian Canadian who works in Ukraine and described the disruption and instability created from airstrikes, alarms, falling missiles and retreating to the shelters, all parts of the war threatening regular life for the people of Ukraine.

"She's so powerful and everything she was talking about, like what Canada did to support Ukraine, because Canada is the biggest friends of Ukraine. What are the programs implemented? What are the future plans? What has already been done, but will be done in upcoming weeks or months? So, this was a huge opportunity.  It was like the feeling that we all can make a difference, no matter who we are. If we work together, we can make a huge difference. We can make a huge difference for Ukraine."

"Even being able just to give her a hug and she was so happy. She was so surprised at me asking this because I just truly wanted to say thank you. 'Thank you for your strength and your power, and your motivation to keep working. Keep doing what you're doing to keep supporting Ukraine, helping Ukraine and never giving up." 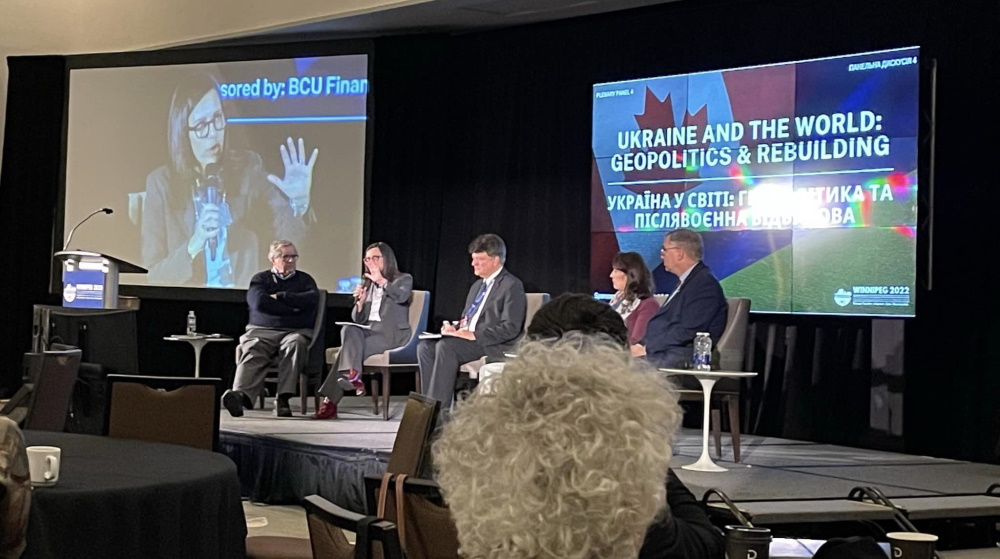 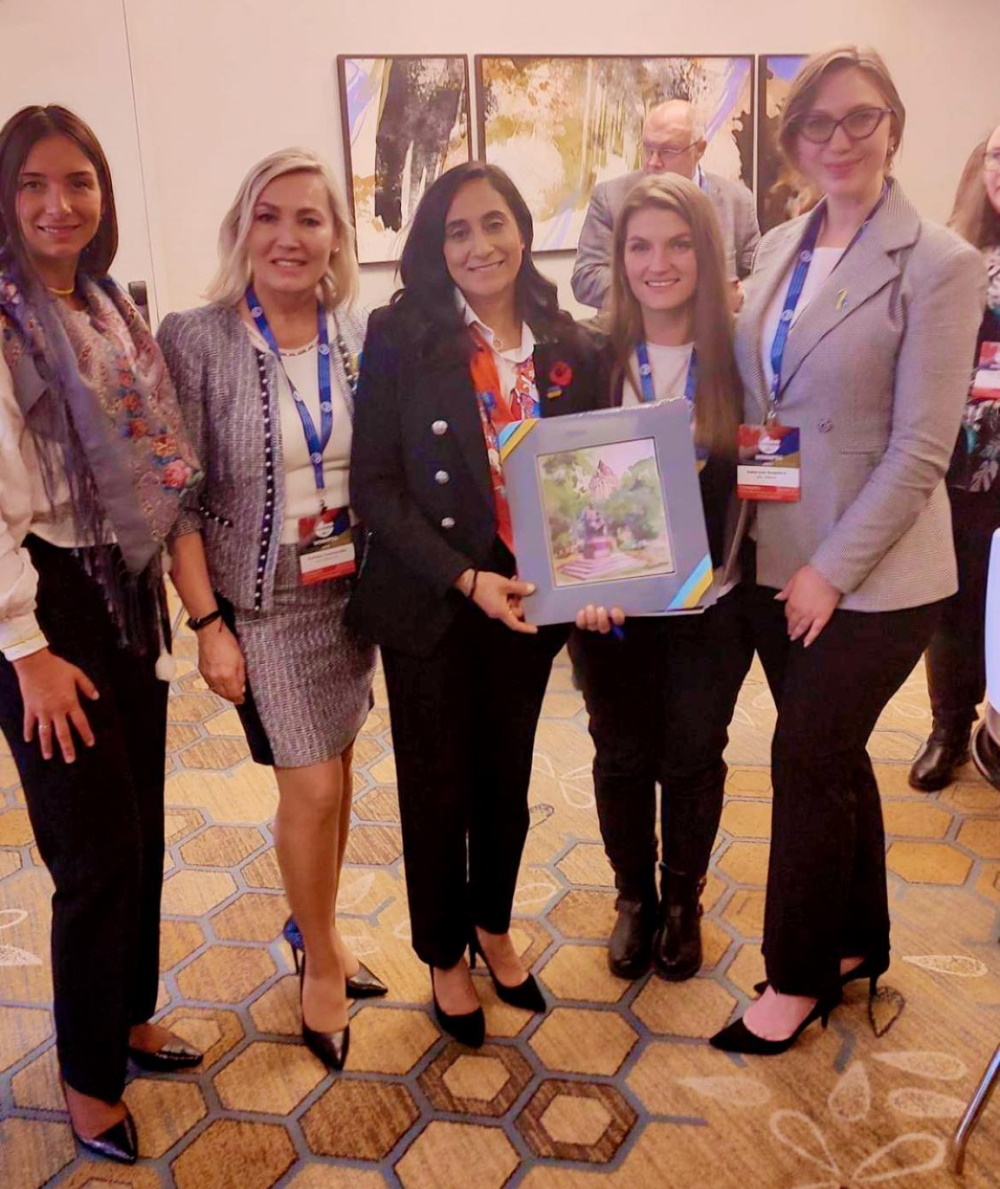 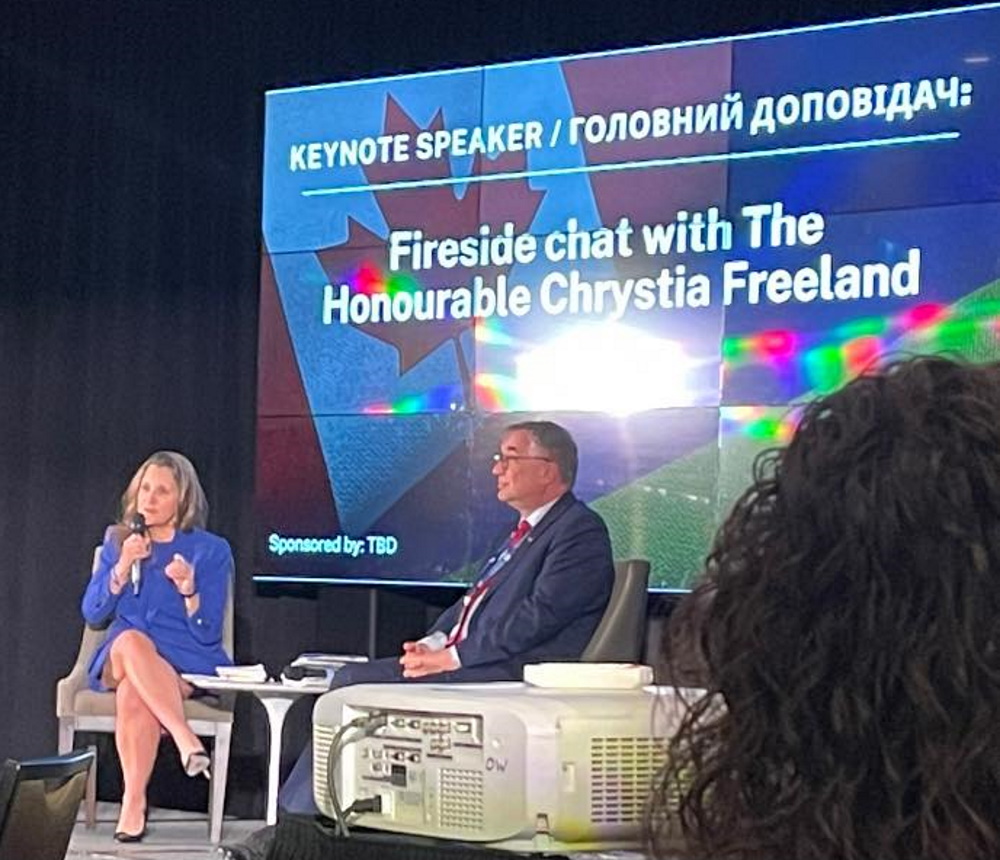 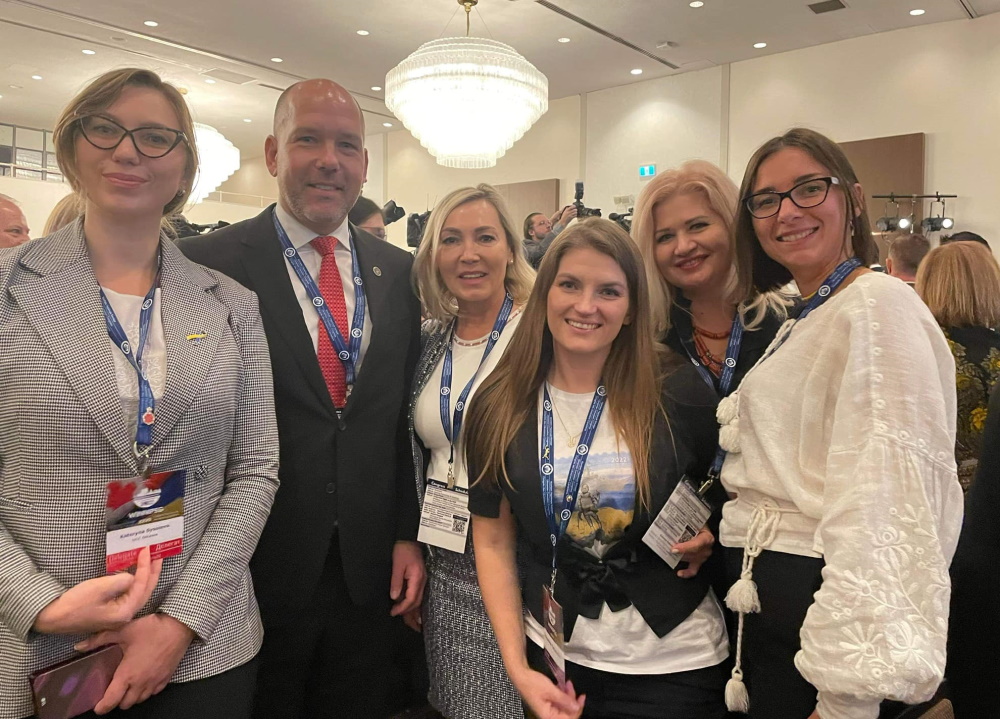 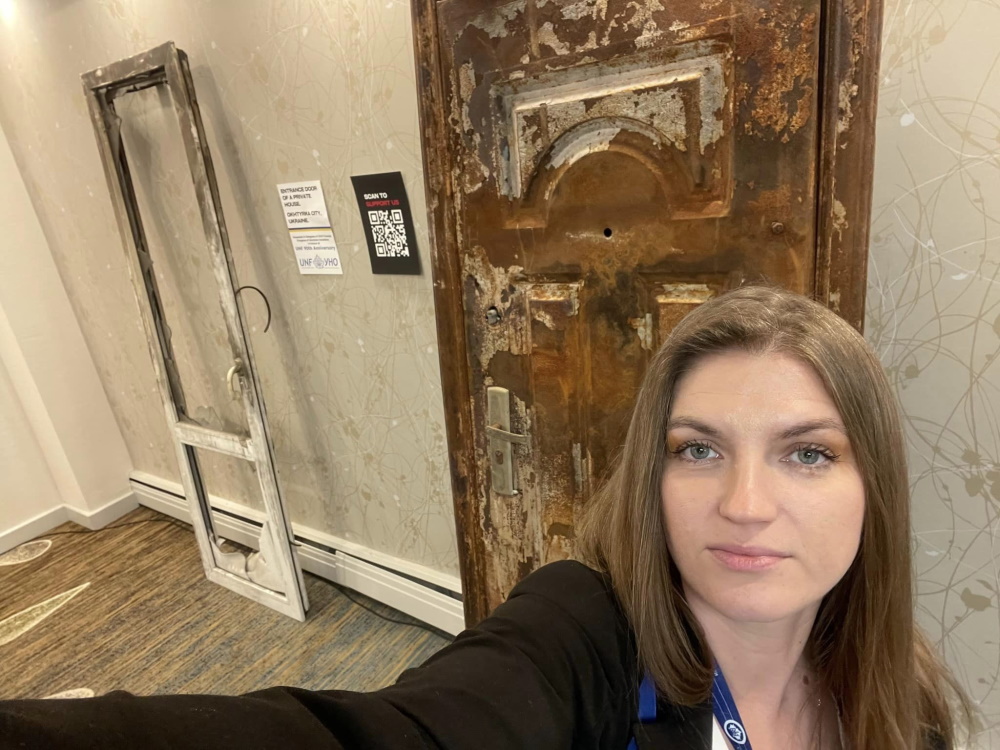 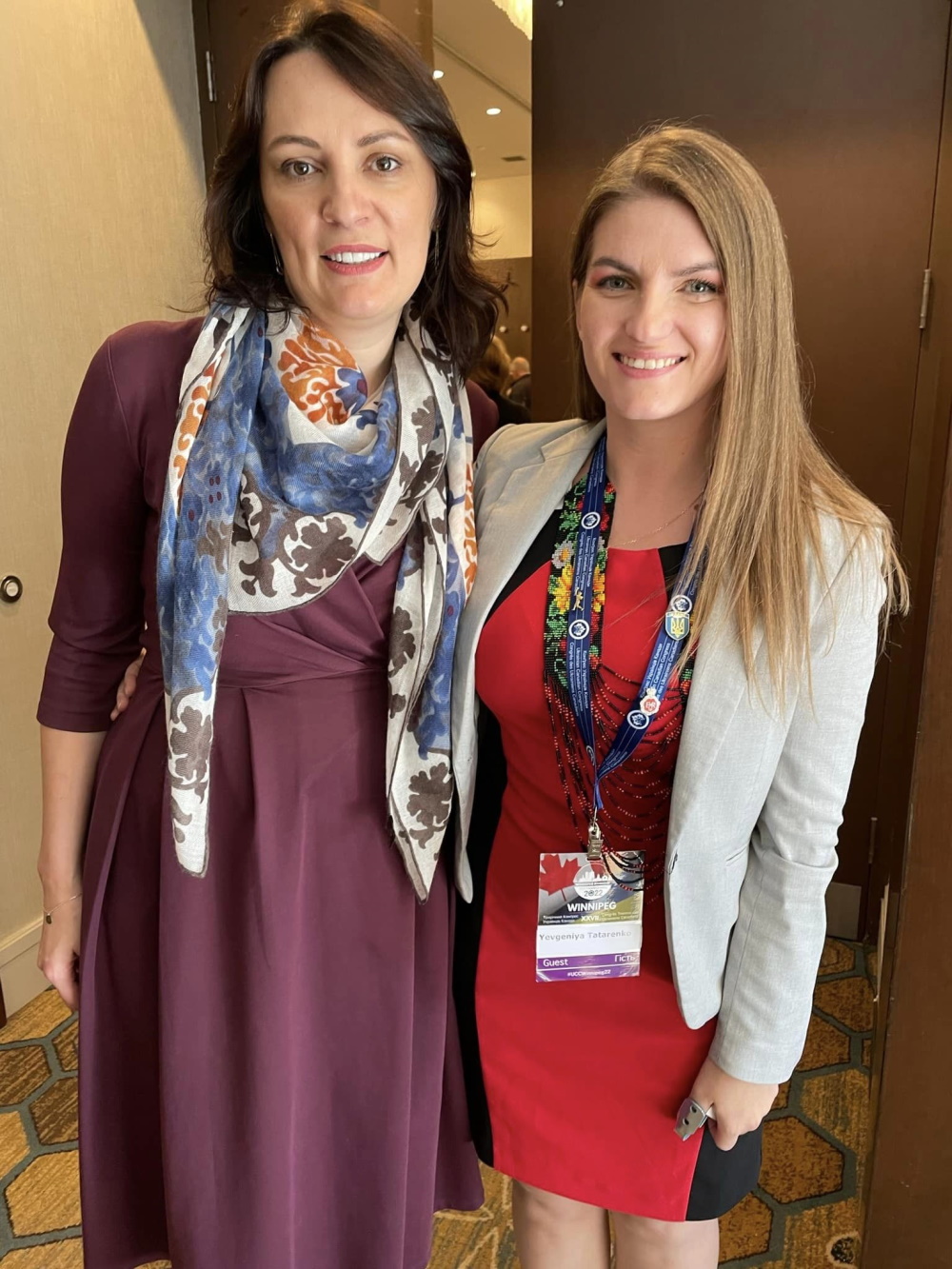 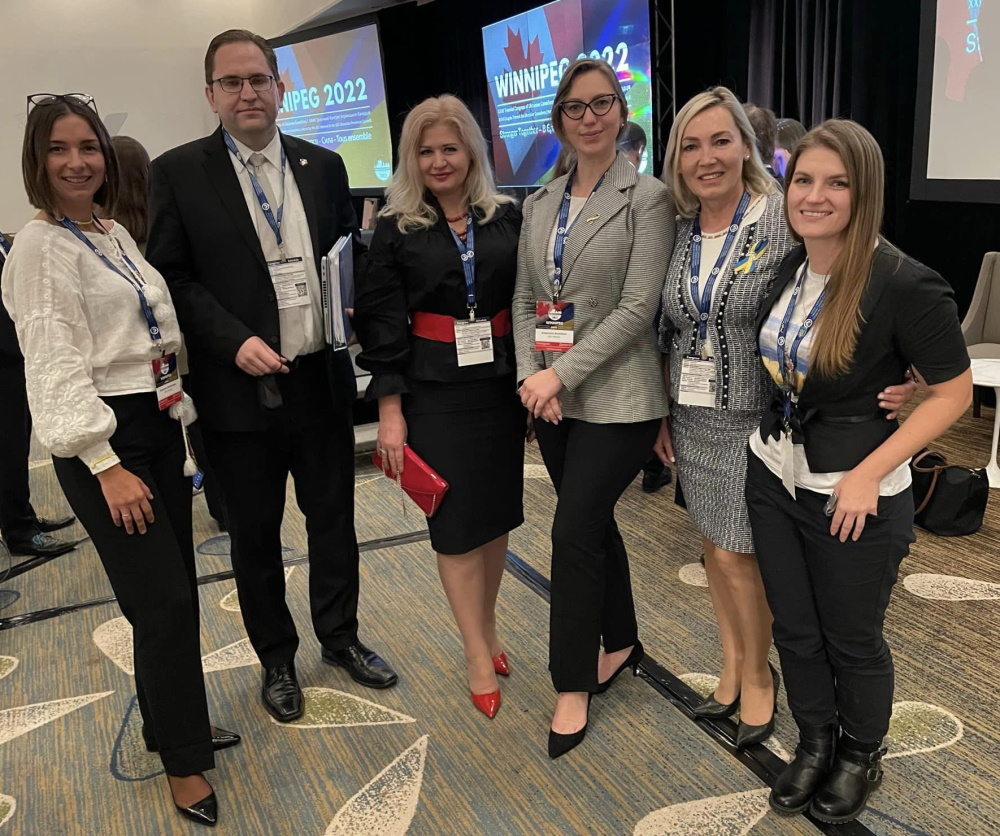 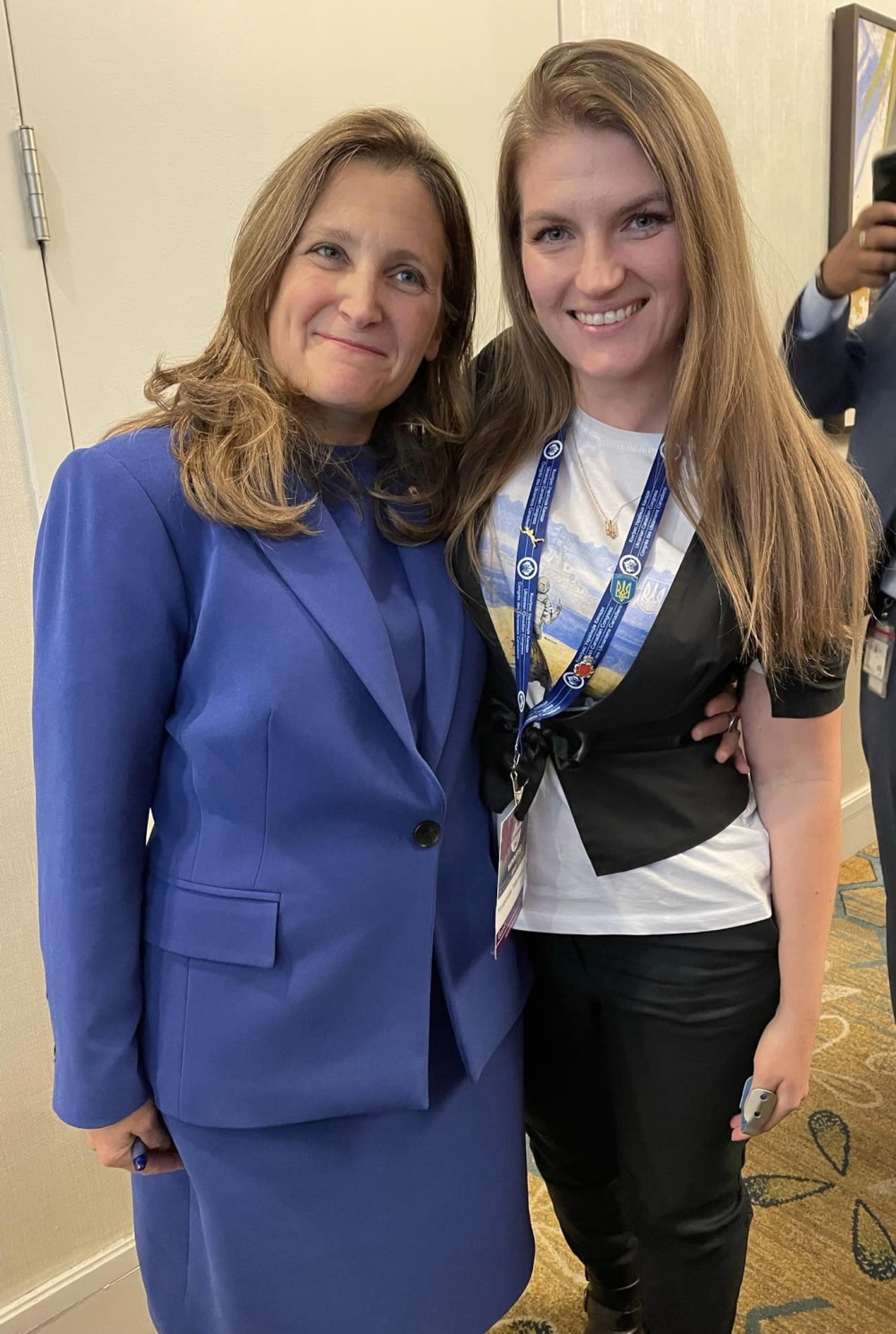 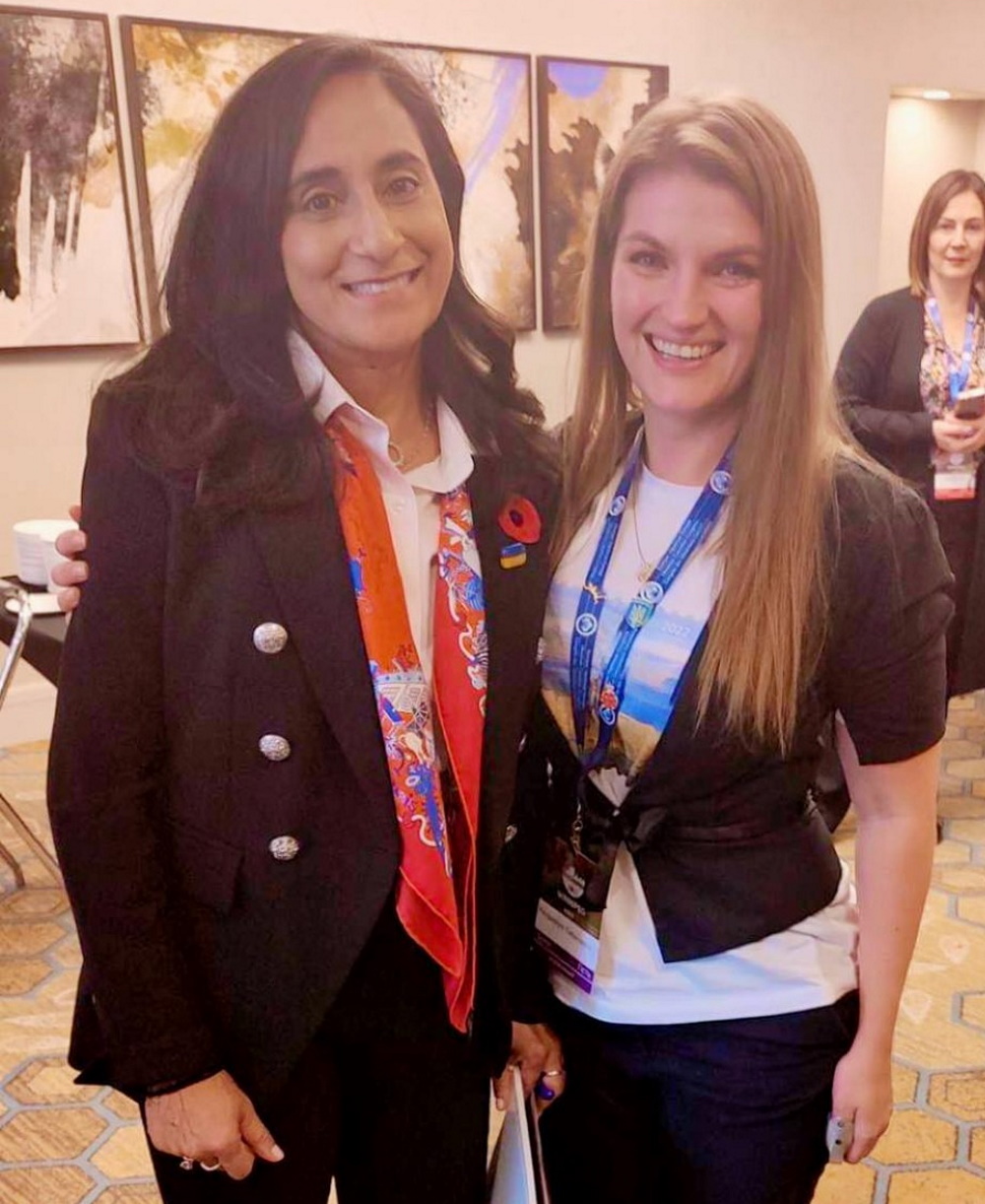 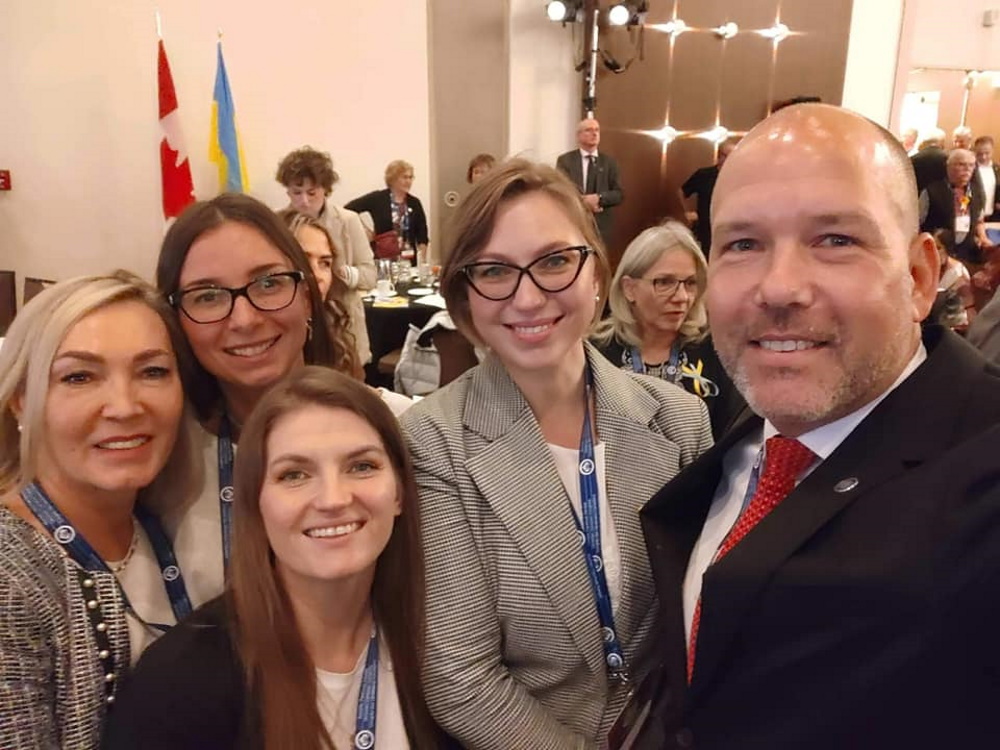 "You need to know who you are inside. Be confident in that, and only then will you realize your best," says MB Sports Hall of Fame inductee Michelle Sawatzky