Come together for Canada Day!

Three years ago, a vision was sparked among members of Altona's Community Garden committee to turn the site into a park-like destination for the whole community. That dream took a big step forward this week as the long-awaited timber frame pavilion began to take shape in the centre of the space.

"It's been a long time," said spokesperson Jack Hoeppner. "We always did have a commons area and that's where we had the tool shed, compost and where all the gardeners meet to get their stuff together. At about the second year in, we started having the vision of maybe we could build something for the gardeners to gather under. First, the thought was to just have a little picnic shelter but as we thought about it some more, I started to dream about how it could maybe be a little bit bigger and look a little bit nicer and so, we started thinking of a timber frame."

Standing in the middle of the pavilion as it was going up, Hoeppner got a bit choked up just imagining all of the ways it will be used.

"It'd be used for birthday parties or whatever, just like at the picnic shelter in the park. We plan to do gardening workshops and different kinds of gatherings, maybe potluck suppers or coffee time with the gardeners."

The pavilion will also feature two wheelchair-accessible bathrooms. Also in the works are 10 accessible garden beds and a paved path leading into the heart of the site.

The next phase of development at the garden, to come in the years to follow, will see a landscaped park-like entrance created, leading people from the edge of the site all the way up to the pavilion. The Committee has engaged local landscape designer, Erin Sawatzky, and local plant expert, Gord Sawatzky, to put the design together.

"Erin has the plans and now it's Gord's job to convert those general plans into real, living plants. So he's deciding exactly which trees and shrubs fit where, what kind of flowers go where," explained Hoeppner. "So when you approach this pavilion from the west, you'll be coming into a park, and then you'll see the pavilion with the double arches coming in, there will be tables under here for gathering."

James Friesen and his business partner, Earl Dyck, of Tinker Creek Timber Frame were the pair entrusted two years ago with building the pavilion.

"I was inspired by the vision this community garden presents and so, it wasn't hard to start getting the gears going," said Friesen, adding they were aiming for a kind of cozy feel and inspires people to meet.

"The timber frame always speaks for itself," he noted. "When a timber frame stands it just gives a person a good feeling to stand underneath something like this."

Open on all four sides with a 360-degree view and topped with a covered roof, the structure's mortises and tenons are traditional joints held together with oak pins, requiring no nails for the frame to stand.

Friesen expects the pavilion to be fully complete by mid-summer.

Meantime, Hoeppner says the community garden has grown into a meeting place for all of the different cultures that exist in Altona. He notes, that the 110 plots available are all basically rented by 82 parties, about one-third of them newcomers to the community from all around the world.

"So you have all of these languages represented here and it's just a mixing of the community. It's so gratifying to become friends with the people your gardening next to, and we've gotten to know so many people and appreciate their way of life."

One of those gardeners is Nkwazi Mhango who grows fresh fruits and vegetables to feed his family.

"When my kids tasted for the first time cantaloupe, they found they tasted different than the ones we used to buy," he said. "And we know that when they are brought to Canada, sometimes they don't mature and then  you eat something that is not natural at all."

Mhango has lived in Altona and says the community garden has become a place to meet new people. 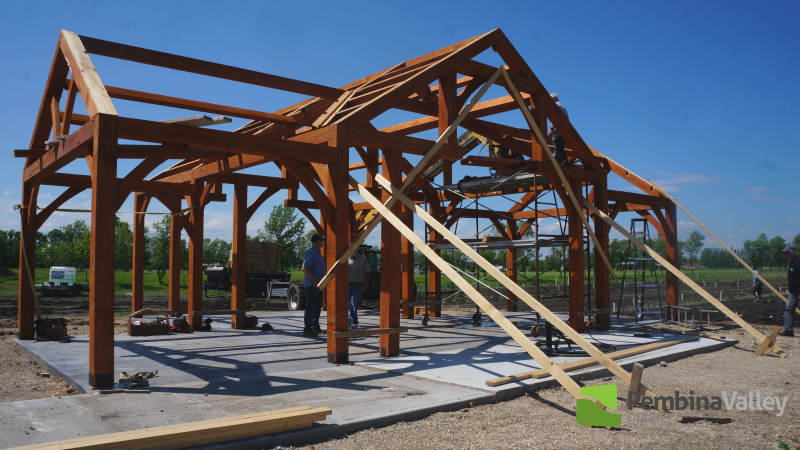 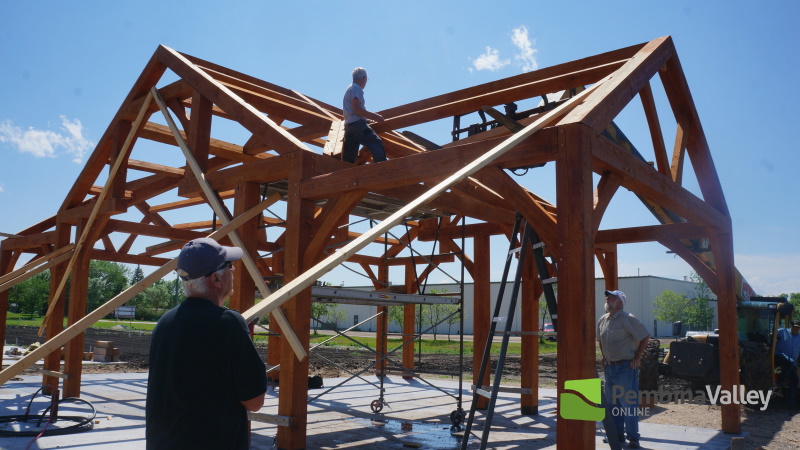 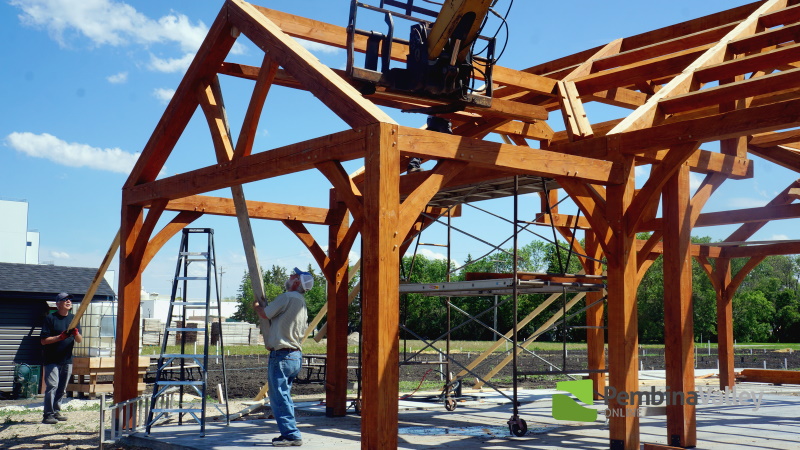 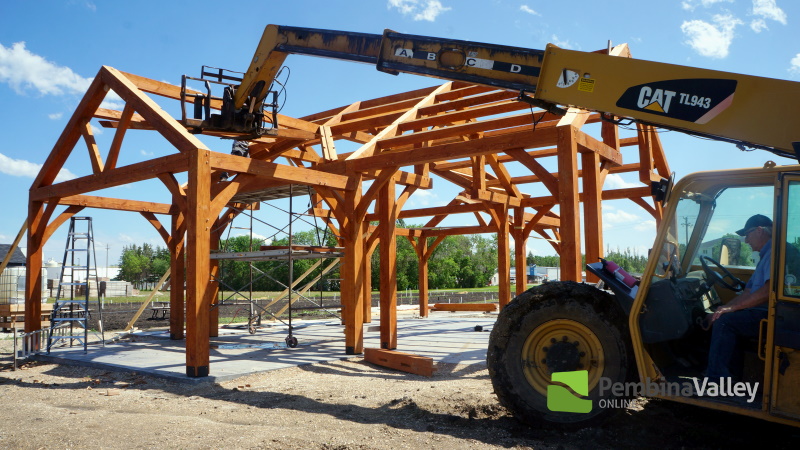 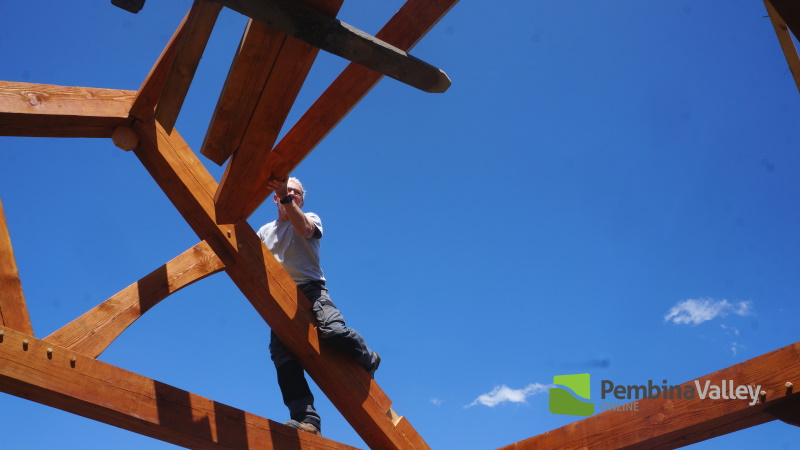 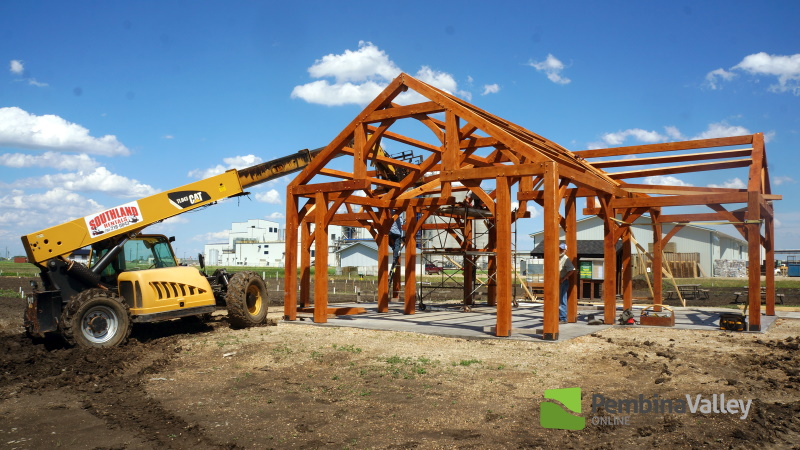