The Peters brothers are keeping their winter family tradition going with another snow sculpture creation.

Lyle and Kevin of Steinbach were spotted last week making the first cuts on a snow block at the corner of Elmdale Drive and Brandt Street.

What started out with an idea, boards, snow, and carving tools is now a 1953 Ford Golden Jubilee Tractor and trailer, driven by the old saint nick with a wagon filled with gifts.

The older brother, Lyle says, they carved a similar one last winter, “I did a tractor last year at the museum, and then I thought, “oh that's an easy one to do”, so here we go.”

He says, right now, this is the only snow sculpture they are making in Steinbach, but they are designing something for the snow maze north of St. Adolphe, like they did this past February. 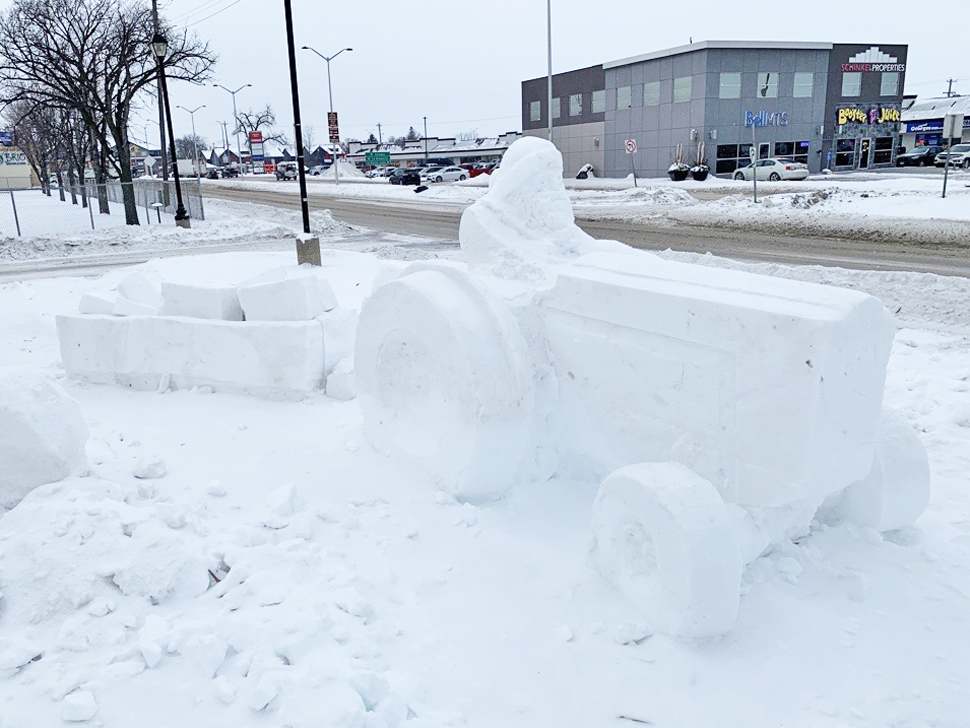 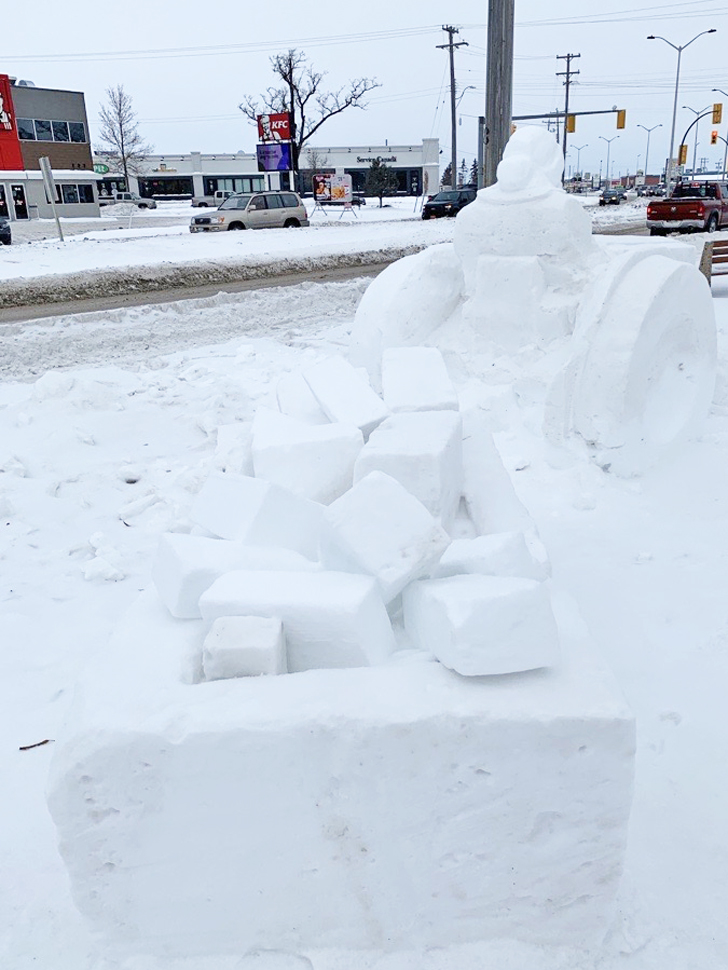 Ring in the New Year with milder temperatures