Sunday afternoon nearly four dozen individuals from across the region were presented with Queen Elizabeth II Platinum Jubilee medallions at a ceremony at the Carman Legion. Portage-Lisgar M.P. Candice Bergen hosted the event, and personally presented a medallion and pin to each of the recipients in attendance. The recipients were nominated by family, friends and organizations for their public service and personal sacrifice.

"Her Late Majesty Queen Elizabeth II said she viewed public and voluntary service as one of the most important elements of her work," said Bergen during her opening remarks to the crowd. "It is my privilege to offer this occasion in celebration of the distinguished nominees of the Queen's Platinum Jubilee medallion."

The list of recipients included those who have made contributions in the fields of art, sports, social justice, Indigenous culture, volunteerism and more. The entire list can be found below.

Reporter, and CFAM Radio 950/Country88/Eagle 93.5 news anchor, Candace Derksen was one of those recognized Sunday, specifically for her stories of hope and promise delivered during the height of the pandemic.

"Through those uplifting stories and reports of residents, we experienced encouraging accounts of people who were unsung heroes in their own right that were trying to help ease the impacts from the pandemic," read Derksen's biography at the ceremony. "Thank you for helping shine a light on those who continued to find solutions to the challenges we faced, and for rising to the challenges faced over the last years."

During her opening words, Bergen reflected on platinum and the Queen's seventy plus years on the throne.

"Platinum is a heavy, yet soft, precious white metal," she said. "It is certainly a befitting comparison of a Monarch whose reign has spanned seven decades to include a World War, diverse economic times, personal tragedy and much sacrifice. Her resilience through it all has shown her endearing spirit, and steadfast dedication to the vow she took to the people whom she served. In her 70th year of reign, once again, her willingness to reflect the spotlight off herself to include other worthy servants, says so much about her humility."

"Each of us can remember a coach, a leader, a firefighter, a hot meal, or a helping hand at a critical and life changing moment in our lives. It is these selfless individuals who, for the greater good of another life, gave their most precious commodity of time," shared Bergen.

In addition to the medallion, recipients received a Canadian Platinum Jubilee lapel pin. This pin is special because her late Majesty is the first monarch in British history to celebrate a Platinum Jubilee. The emblem includes seven pearls and Maple leaves, the latter of which are positioned to resemble fireworks.

"The positive impact these outstanding citizens have had, and continue to have, around Portage-Lisgar directly influences the growth and vibrancy of our cities, our towns and our villages," noted Bergen. "I am so proud to call you my constituents." 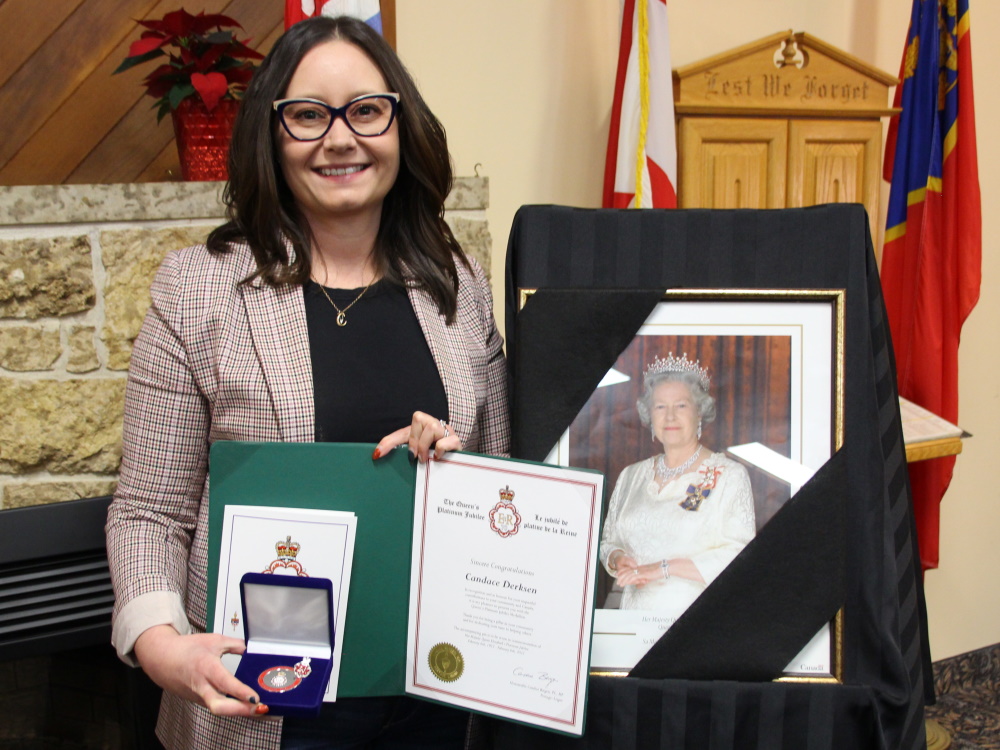 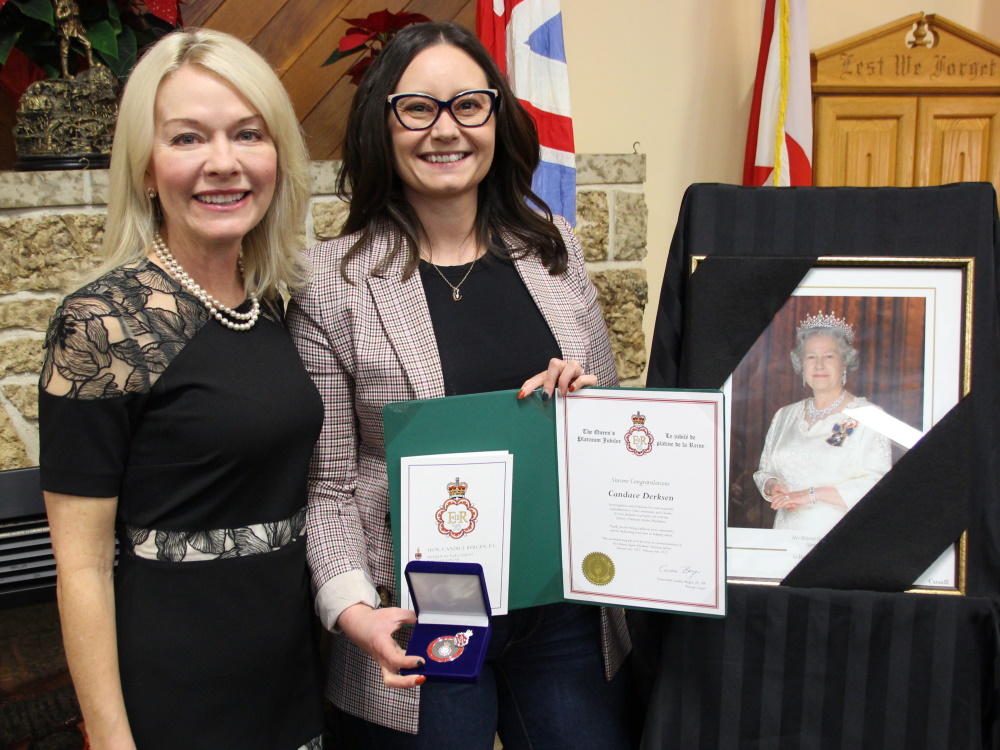 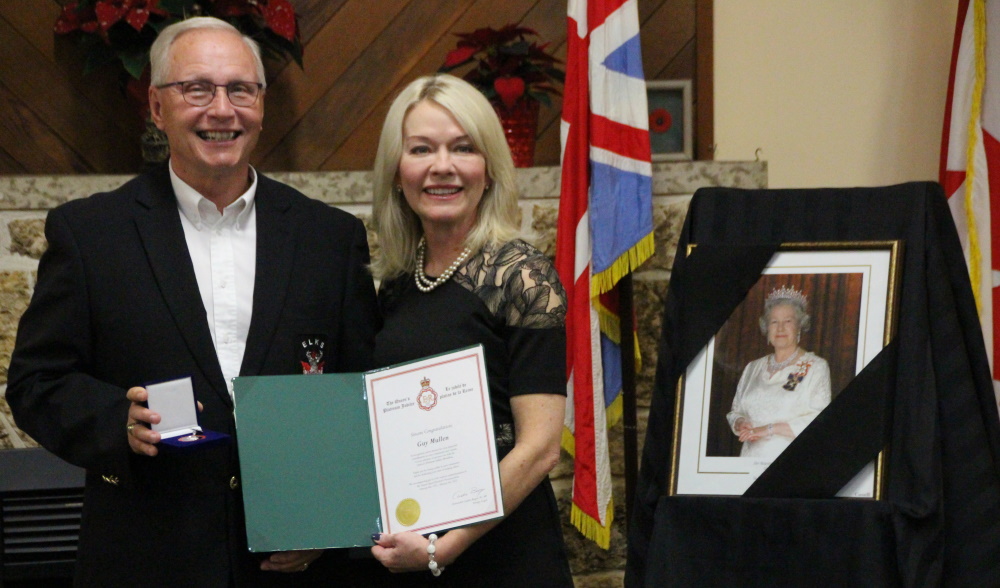 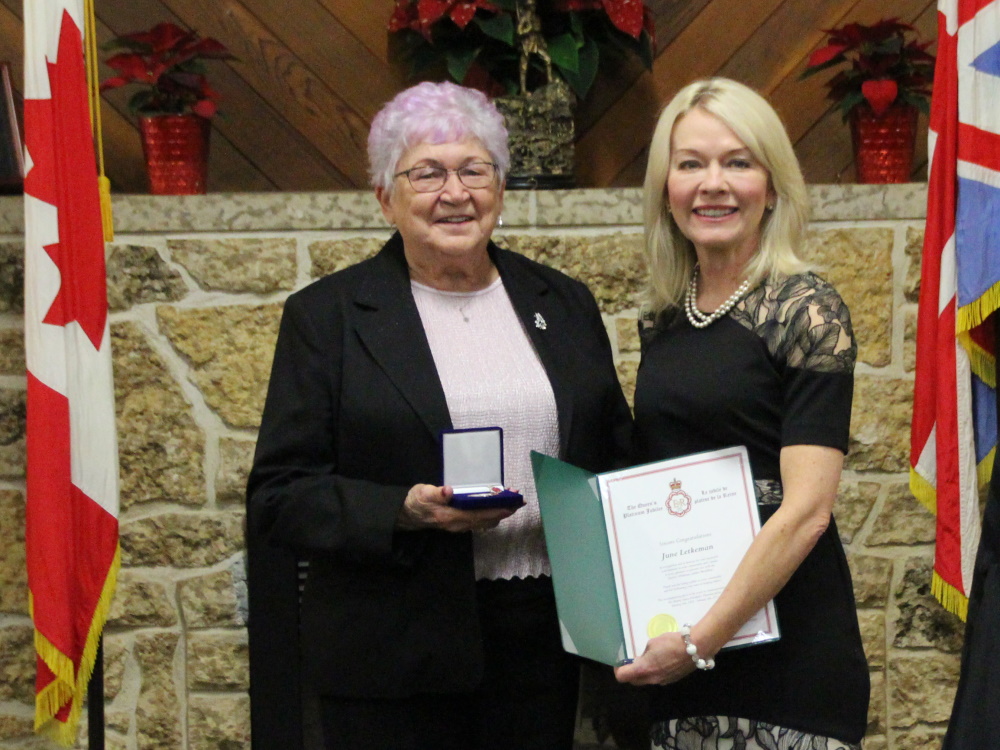 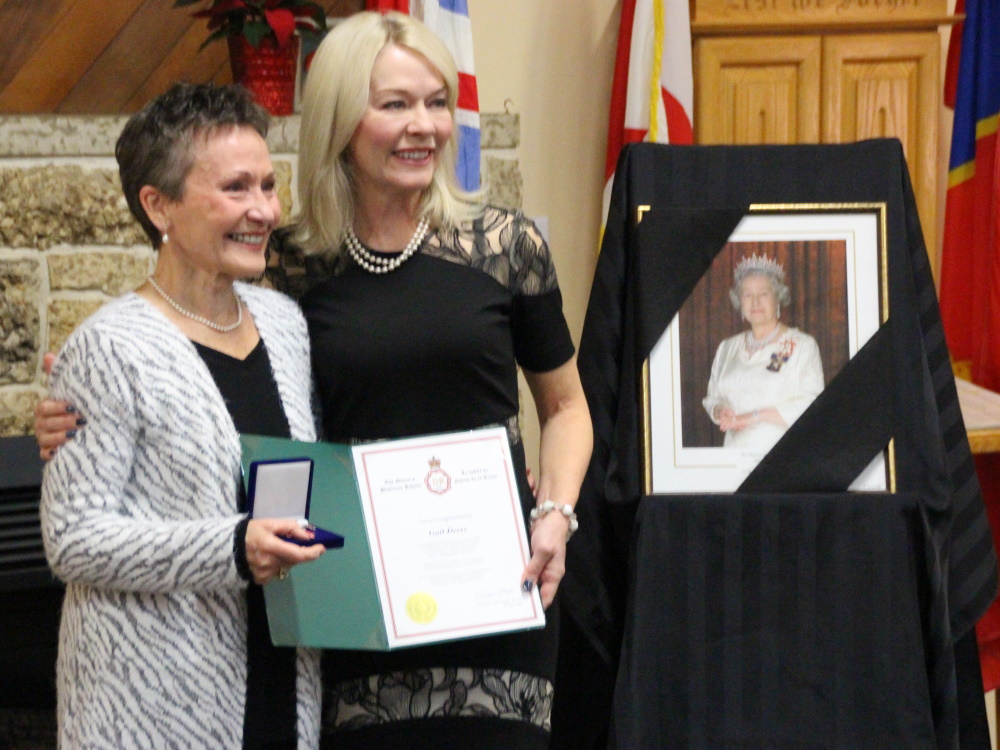 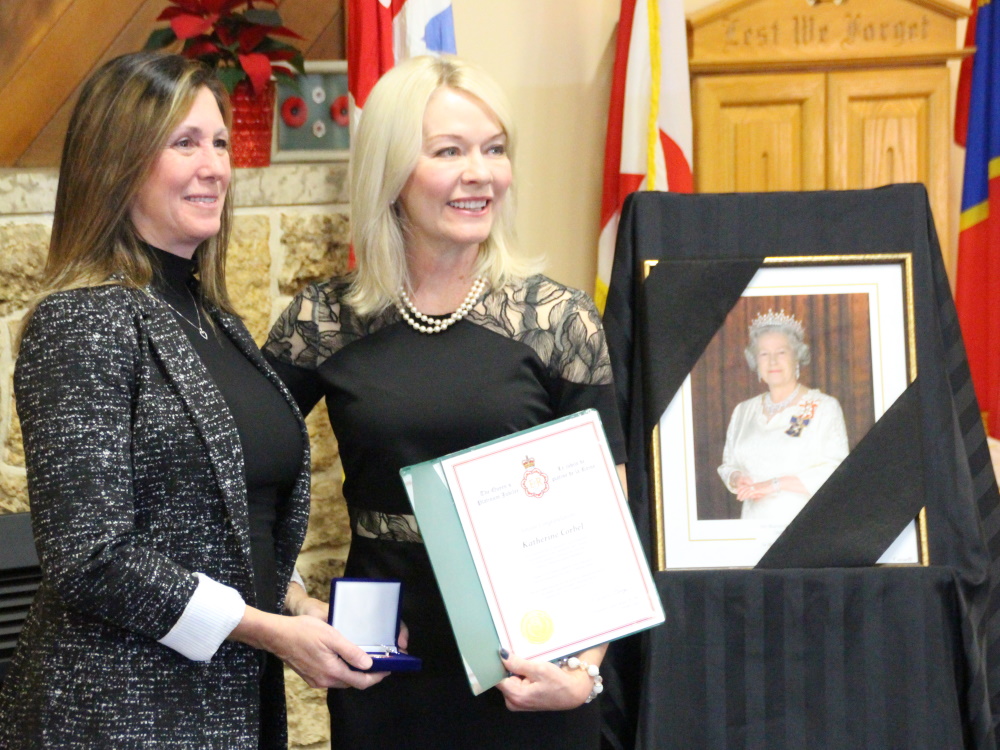 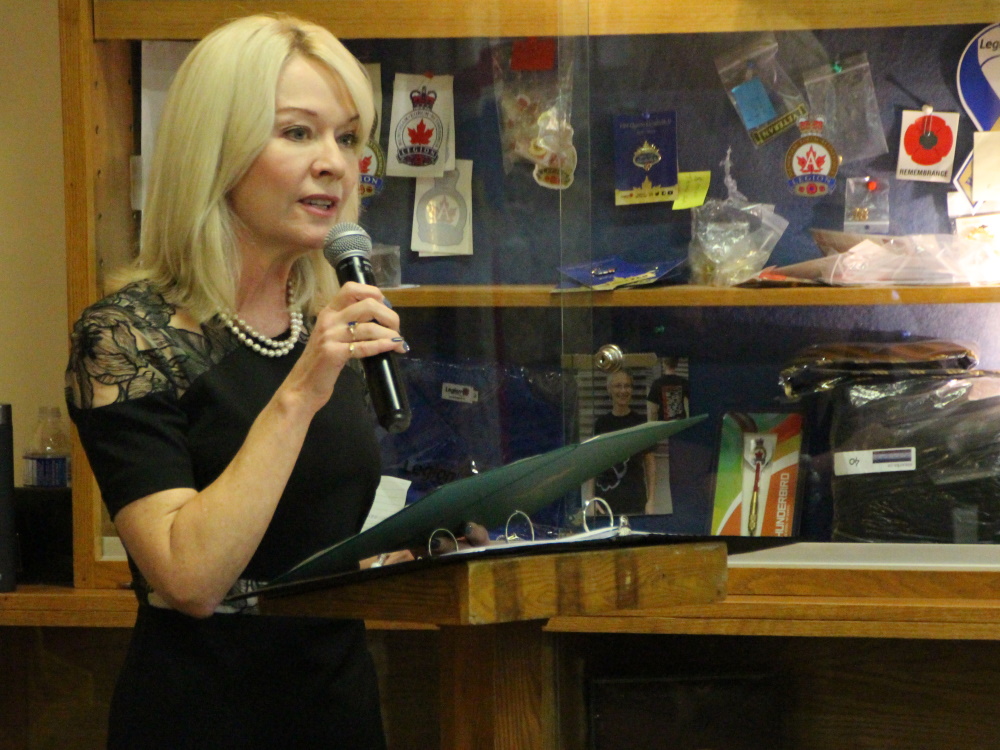 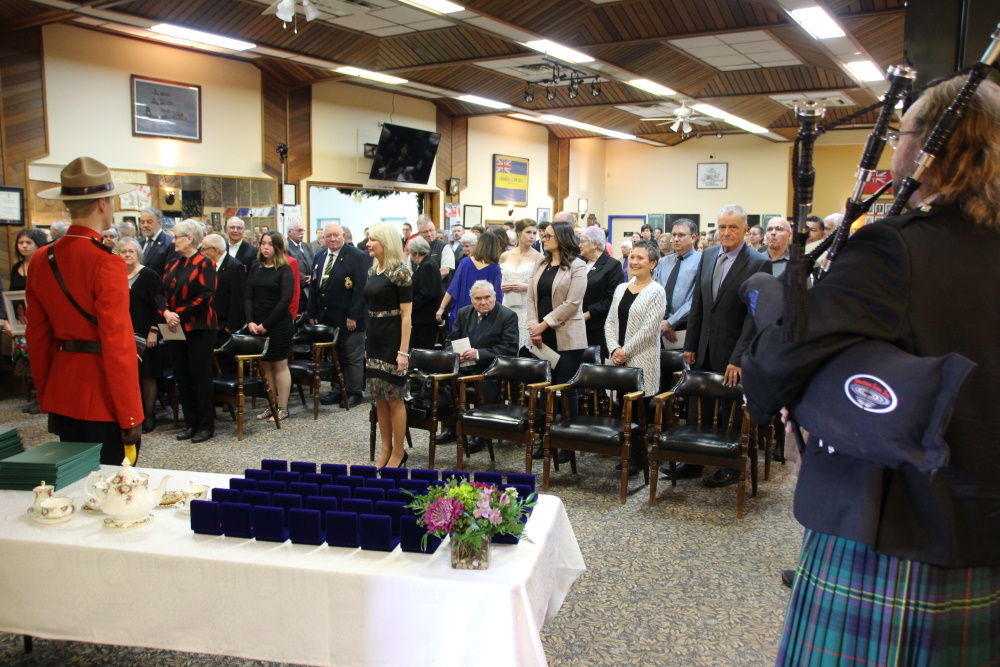 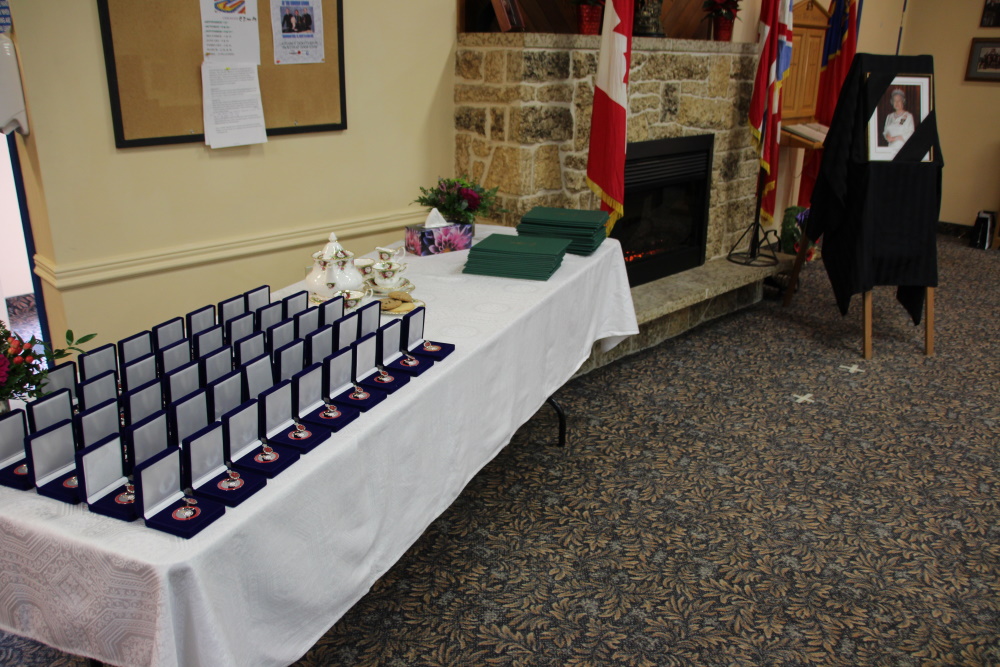 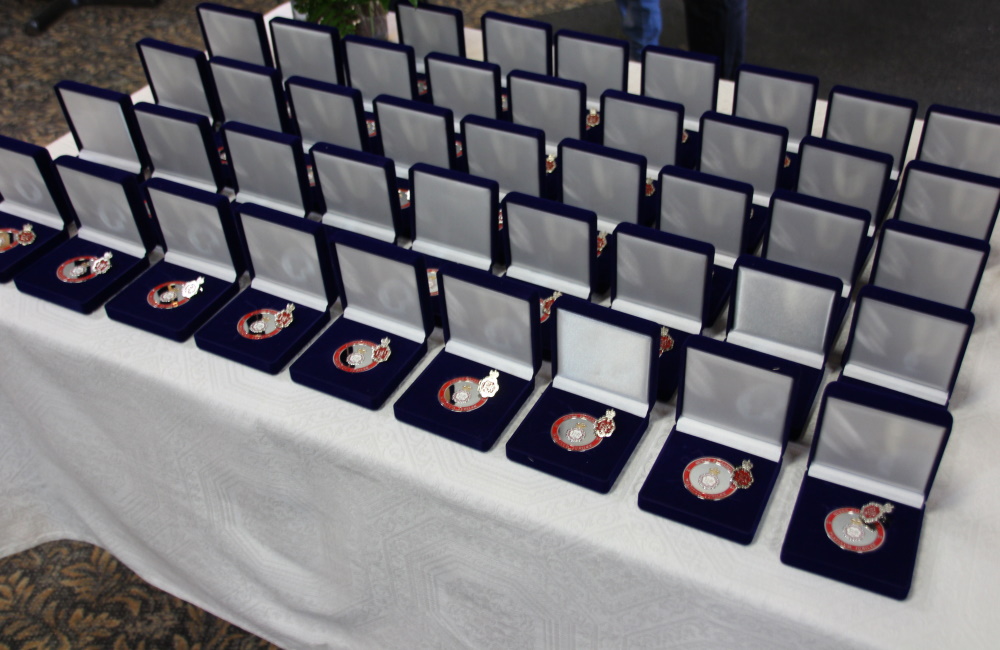