The Morden Legion Branch 11 held a service honouring Her Majesty the Queen Elizabeth II, in Confederation Park in Morden Monday morning. People gathered to pay their respects to the longest reigning monarch in British history.

Morden Legion President Tammy Petkau said this about the service.

"I think she's been a big part of Canada playing a big role for us in the Legions, and so we just wanted to honour her in the right way for with the remembrance service, which is happening all across Canada today. It was a pleasure to have Moe Butler laying the wreath with his daughter, and I think that was a special moment for them," said Petkau. "The Queen served us well looking after us in Canada, the peace that we have in in our country, and we have respect for her. It's a sad day for us all here in Canada."

Member of Parliament for Portage-Lisgar, Candice Bergen, attended Morden's service.  She shared her thoughts on the services held across the country, and the one she attended in Morden.

"It's a chance for the people of Morden to pay respects and say their final goodbyes, to refer to Her Majesty the Queen. She was so loved. She was somebody that brought a sense of stability, of respect, honour, calm. When we saw the Queen, we just felt all of those things, and we knew she just seemed to always be steady and strong, and I think in a time right now where there's so much uncertainty, people are looking for hope. There's sadness, but I think there's also hope we still can have leaders in this world who represent those values, and I think we all want to see that, and we know the King will be carrying that mantle. It was a time to say goodbye to her, to be grateful for her service, to know the blessing of having a Queen like she was, but also look to the future and look to the future with hope."

The service had prayers from Anglican Minister Brian Miniaker and a moment of silence, followed by the laying of the wreath by English born Morden resident and past Police Chief and City Councillor, Maurice Butler and his daughter Claire Butler. The memorial closed with "God Save the King", and then people were able to put their poppy on the queen's wreath following the service.

The memorial began with a Parade of Colours via short procession from the Winkler Bergthaler Church to the park, with piper Mark Jorgenson leading the group to the WWI memorial there. That was followed by the "Last Post" performed by trumpeter Sandra Ens, two minutes of silence, "Lament" piped by Jorgenson and "Rouse" played by Ens.

Association member Rob Wiebe read a short obituary, and also the Act of Remembrance. Jake Doell offered prayers and the Benediction, with the Garden Valley Collegiate band playing "O Canada" and "God Save the King".

Winkler Mayor Martin Harder offered a few remarks during the service, reflecting of the late Queen Elizabeth II's longevity on the Throne over seventy years.

"I am also just over 70 years old, and I have never been exposed to any other monarchy other than Queen Elizabeth II," he noted. "I am humbled to be here to commemorate this special day where she has been laid to rest. I remember a couple of very vivid things that stand out in regards to the Queen. She was a person of dedication, regardless of where she served, she did. She was dedicated to her family. She was dedicated to her faith."

"She was a grandmother. She was a mother. She kept that family together, and as many of us realize, our families sometimes are difficult to keep together. I'm sure there were times where that maybe was difficult for her, but she never wavered," shared the Mayor. " Today we will remember a person who was worthy to be called Your Majesty."

The wreath laid at the Winkler service was played by Mayor Harder and Lieutenant-Colonel Mark Wilson, who also MC'd the event and is a Winkler high school teacher. Those in attendance were given the opportunity to leave a poppy on the wreath at the conclusion of the service. 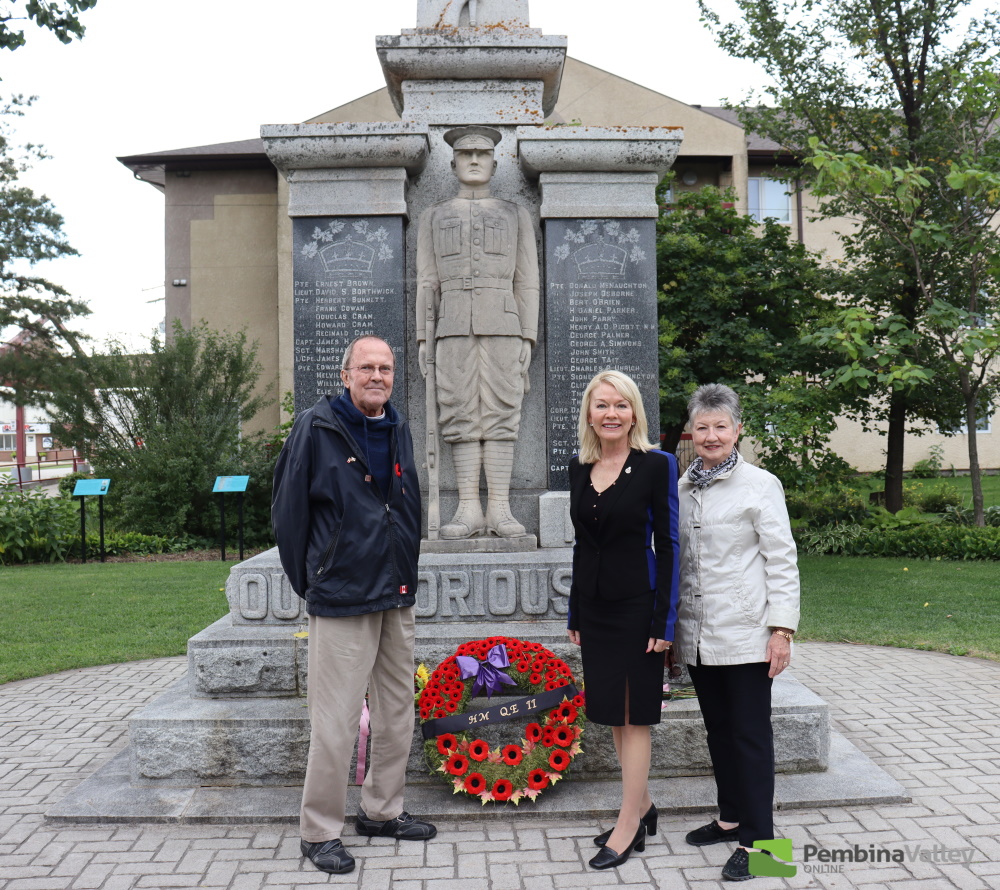 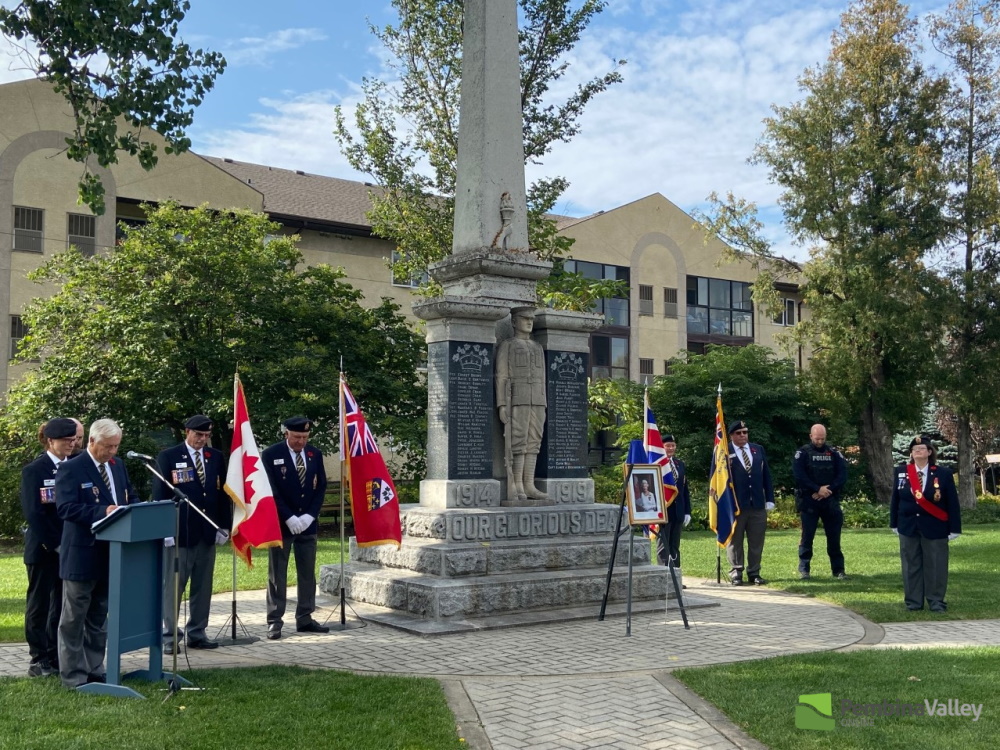 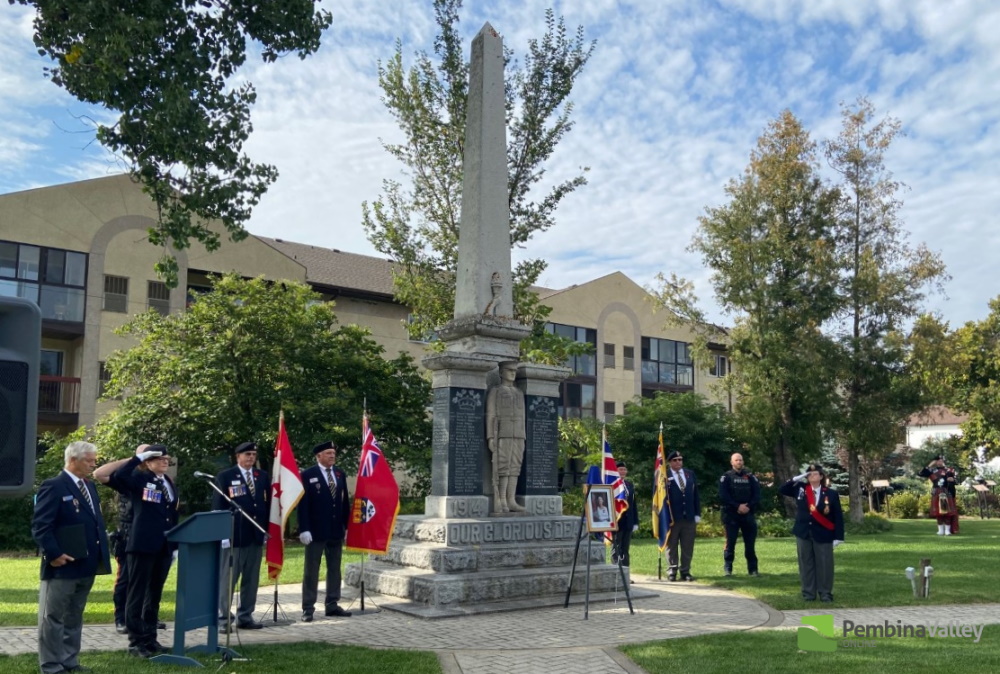 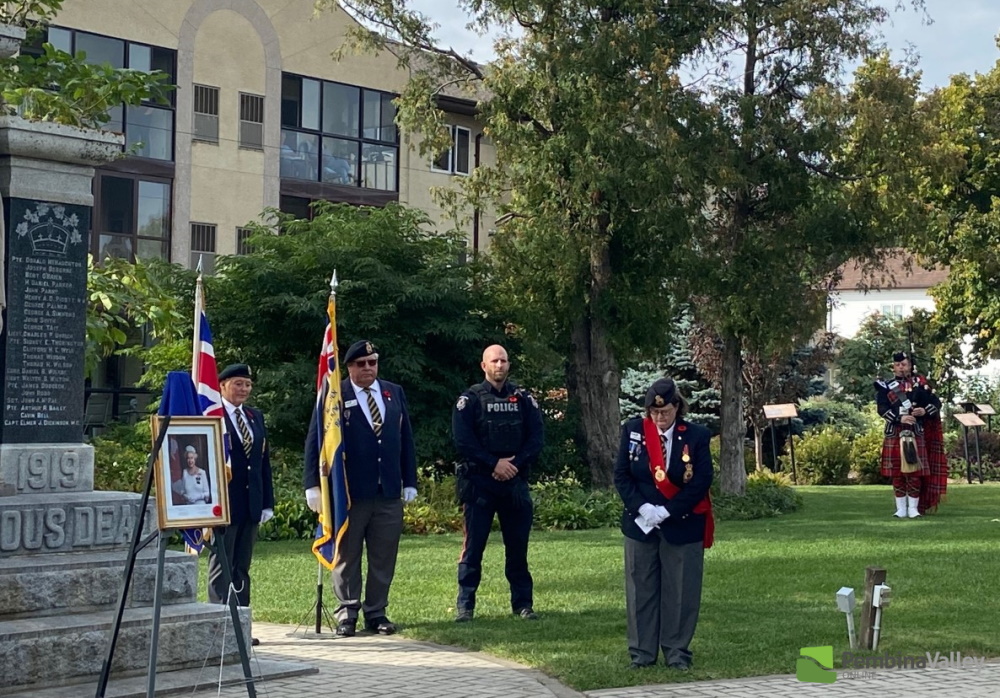 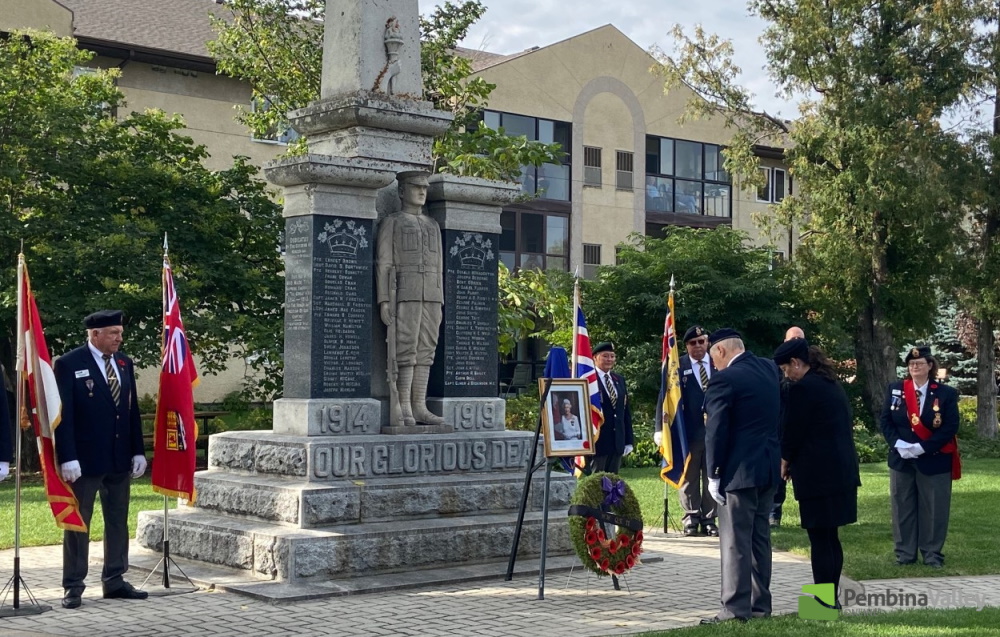 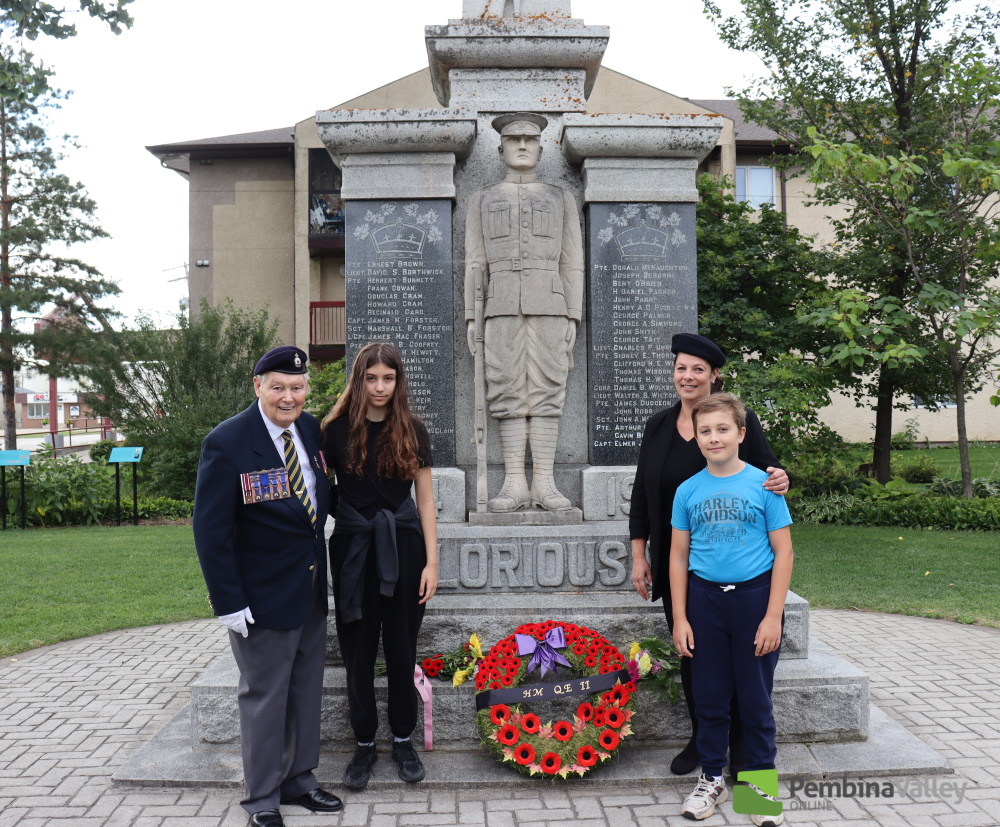 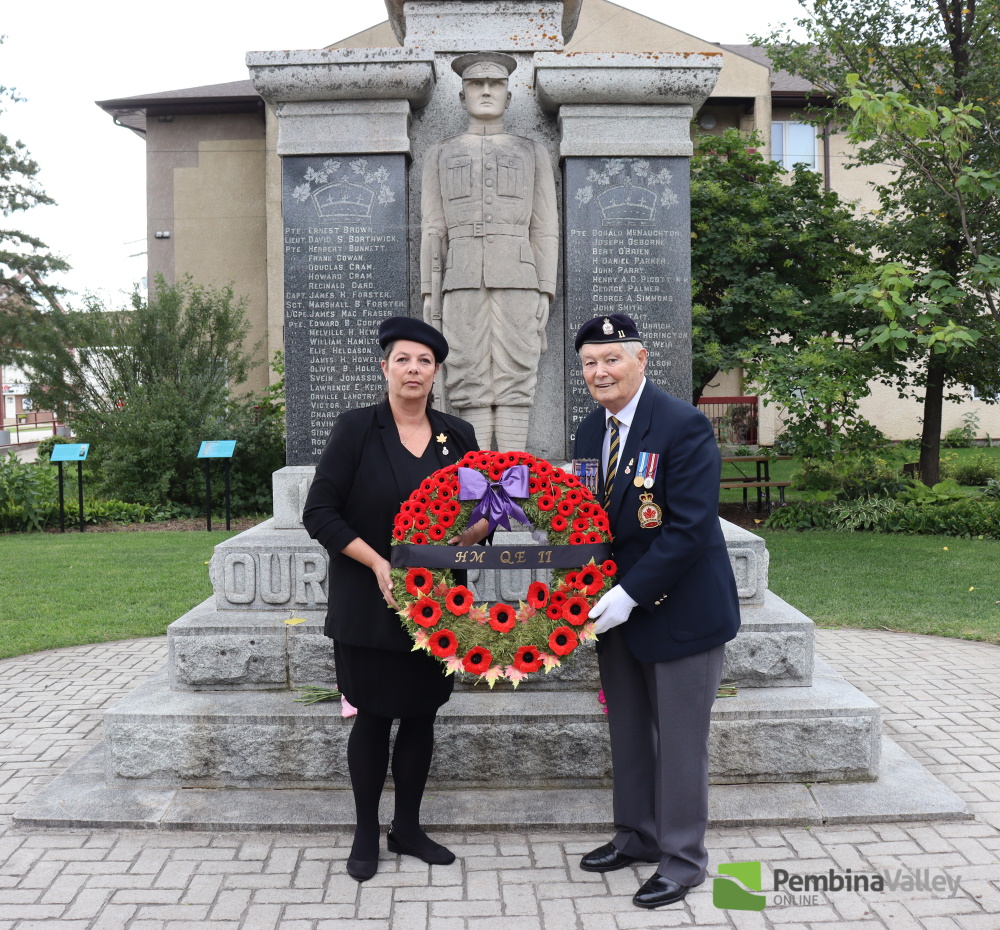 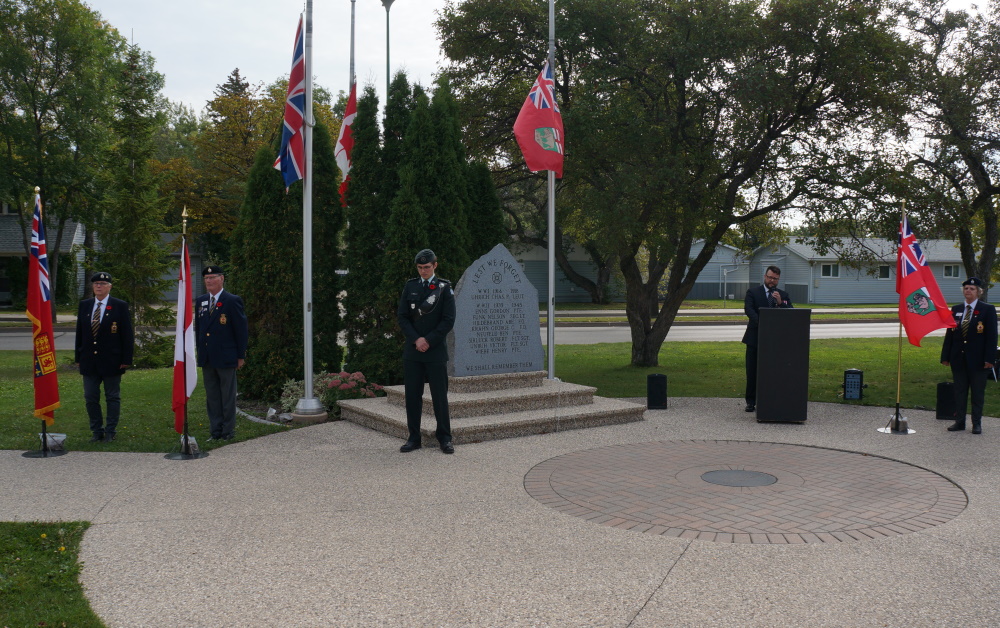 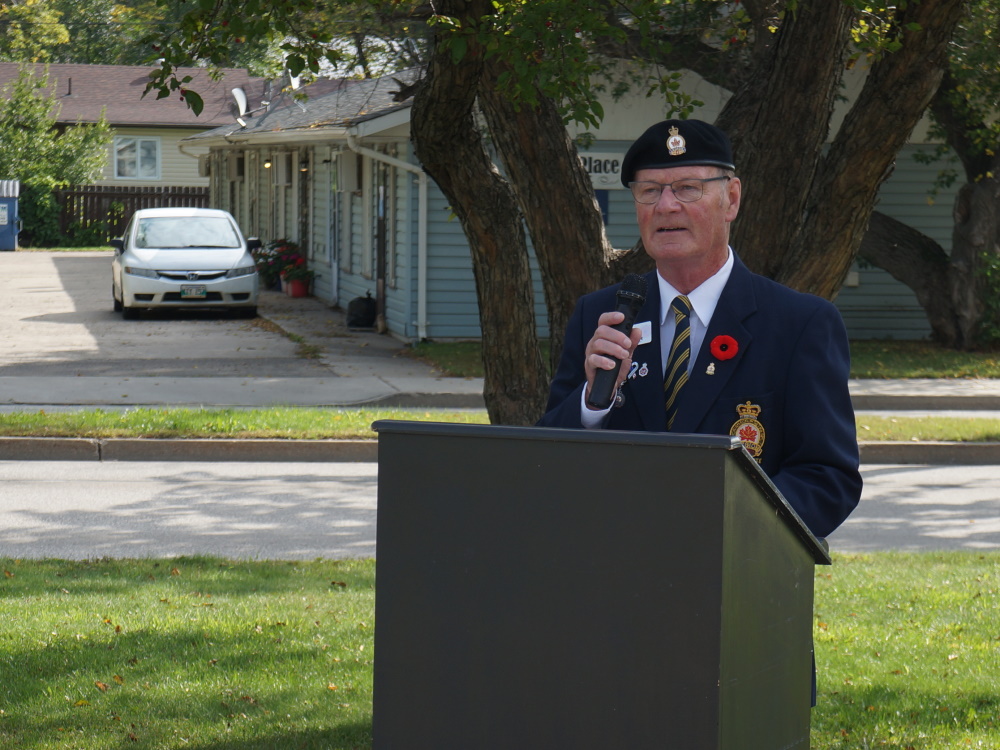 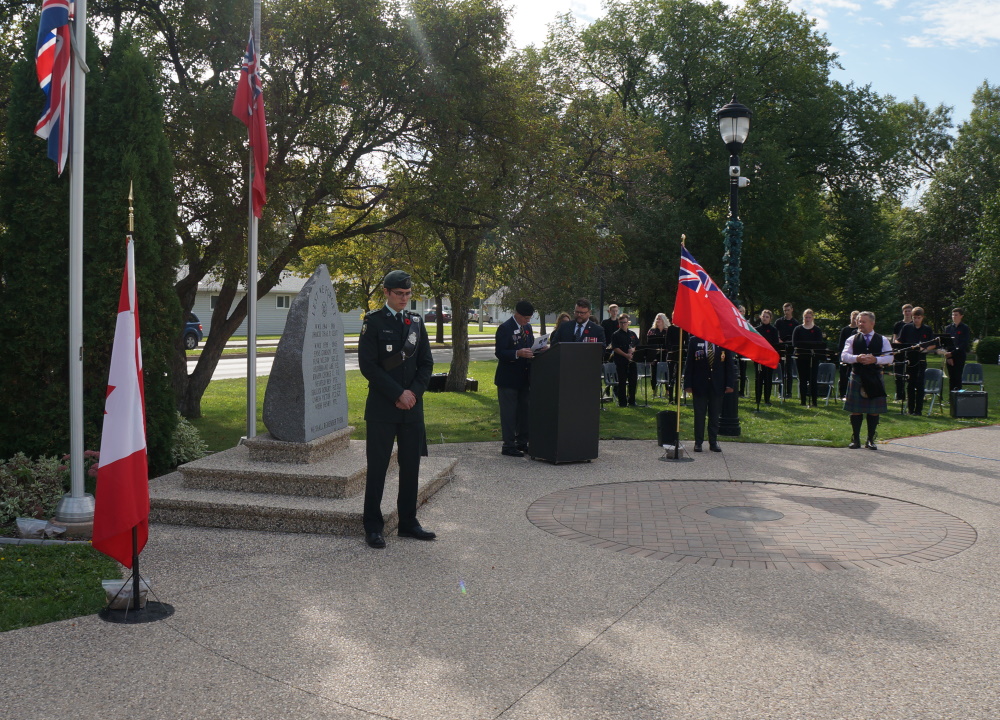 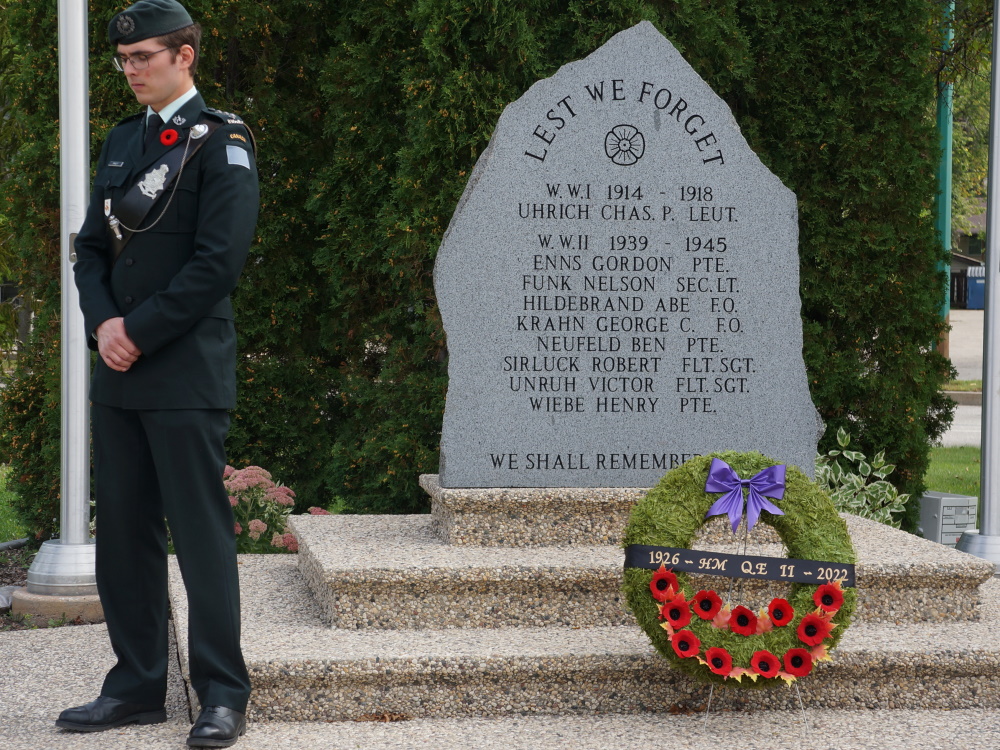 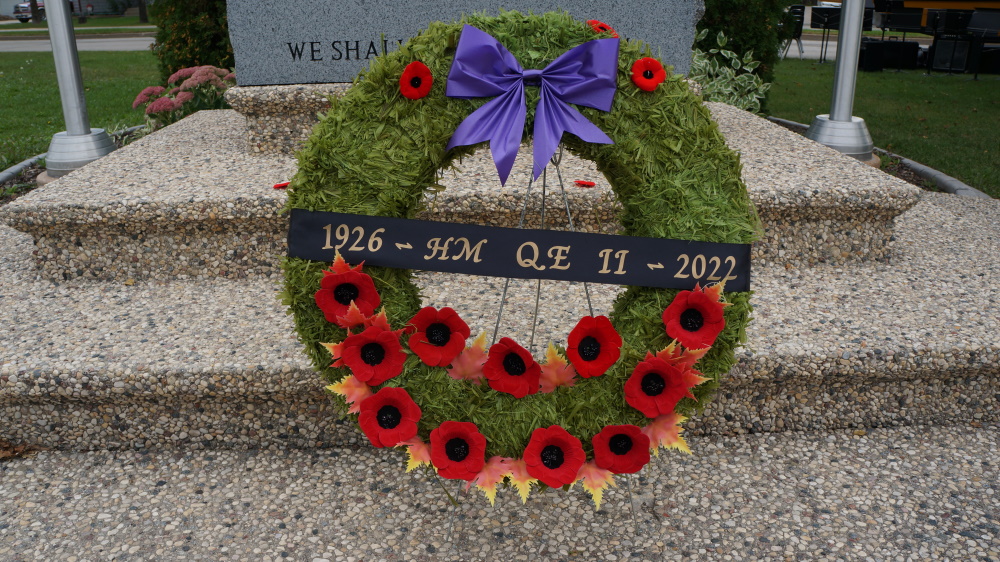