Written by PembinaValleyOnline News Tuesday, May 31 2022, 6:54 AM
Article continues below advertisement ↴

An intense Colorado low has once again drenched already soaked and soggy areas of Southern Manitoba, with substantial rainfall totals being reported Tuesday morning in the Pembina and Red River Valleys.

“Multiple rounds of showers throughout Monday, followed by heavy downpours late Monday night and early Tuesday morning, have left ditches full and fields waterlogged again,” said CMOS Accredited Weathercaster Chris Sumner. “The bulk of the precipitation has already fallen in the region, but there will still be a couple of waves of showers Tuesday that bring a few more millimeters.”

Environment Canada has issued a Rainfall Warning for much of the region including the Pilot Mound, Manitou, Morden, Winkler, Carman, Altona and Morris areas.

The following totals are courtesy PembinaValleyOnline Rainwatchers, the Manitoba Ag Weather Network and Environment Canada. Unless otherwise noted, the totals are for May 30th through 6 a.m. Tuesday, May 31st.

A Wind Warning remains in effect for the area, as well, as strong northerly winds gust between 80 and 90 km/h this morning, before diminishing somewhat Tuesday afternoon with gusts to 60 km/h.

“In behind this low, a deep trough in the jet stream is allowing a chilly air-mass, for this time of year, to slide southward,” explained Sumner. “That means temperatures well below average for Tuesday, as much as ten degrees or more, as we hover between 10 and 12 degrees for daytime highs. Warmer temperatures are expected for Wednesday, as a westerly flow bumps temperatures back up to slightly below seasonal around 20, but we’re expecting another cool day Thursday, with recovery back to the 20 to 23 range for the weekend.”

As for further rainfall chances this week?

“At this point, it appears a much quieter and less active pattern will settle in after this latest drenching,” he said. “We’re expecting high pressure to build over the Prairies late this week and into next, and that will help keep things dry and relatively sunny.”

PembinaValleyOnline received an email from Winkler resident Victor Krahn Tuesday morning letting us know a large tree came down on the roof of his home on 6th Street. One of our reporters was able to swing by while they were in the midst of cleaning up the downed tree. See the gallery below. 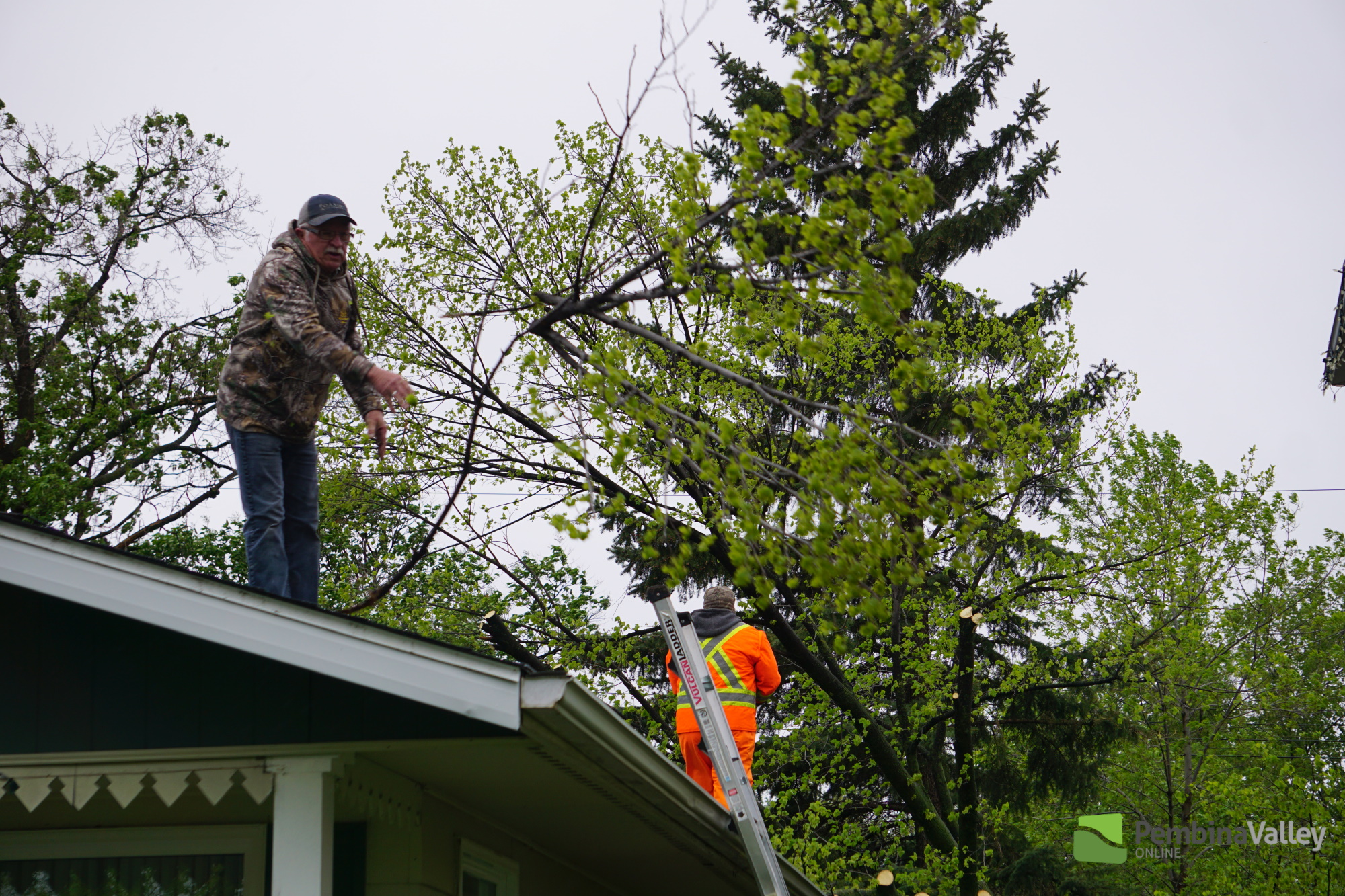 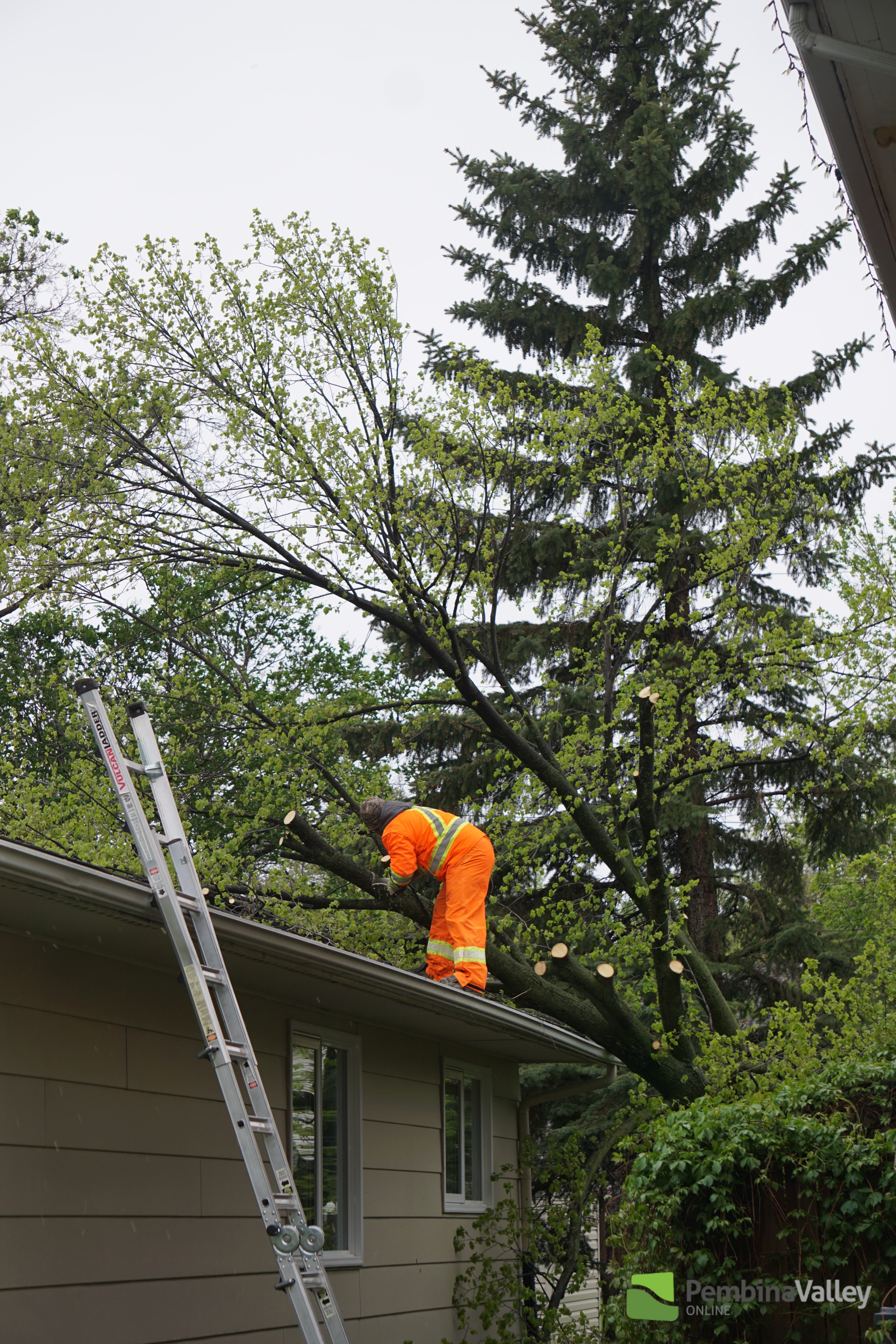 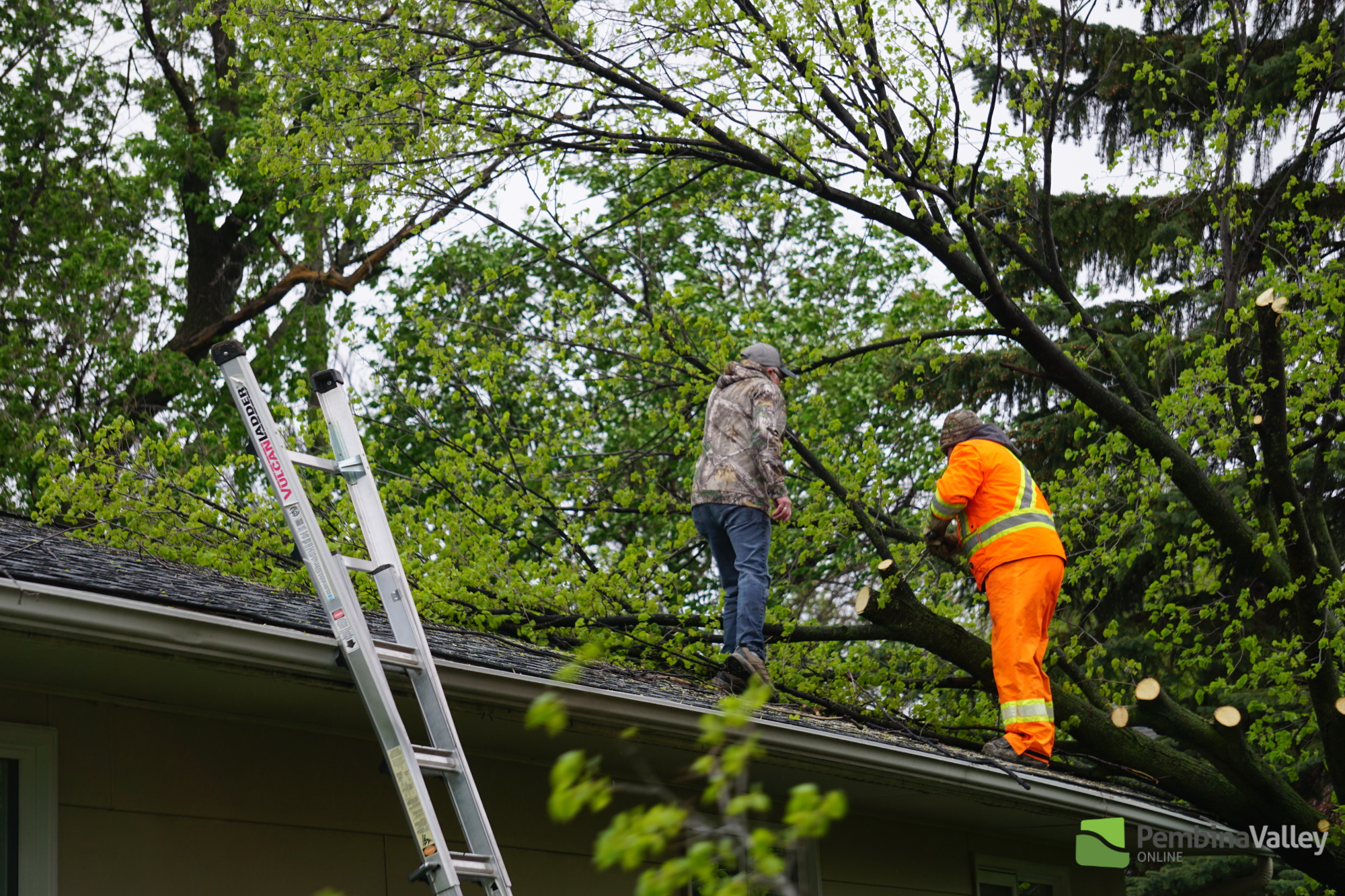