The clean-up continues after post-tropical storm Fiona tore a path through Atlantic Canada this past weekend.

Irv and Tammy Loewen, along with their friends Gerry and Laurie Sawatzky, from Altona were on a ferry to the island when they learned that the Maritimes were about to be hit.

After touring Charlottetown and enjoying a post-dinner stroll in the gentle rain, Tammy and Irv retired for the night in their hotel, a solid brick building constructed in 1931.

Tammy says their experience with Fiona was a little surreal.

"It is noisy, the windows are rattling, but the power goes out. We get up in the morning, we can't really see out of the windows because it is raining and they're all fogged up. So, we go downstairs and we have breakfast and we hear a little bit about that it's really hitting the North Shore of Prince Edward Island and that we really weren't getting a lot of information," she explained. "There's no power, really. We didn't want to use our phones terribly much because, how are you going to charge them up again? But you know, in the middle of the afternoon the bus drivers went and started the buses and we could go sit in the bus and charge up all of our devices so that we could at least stay in contact with people back home."

It was only when the Loewens stepped out of their Charlottetown hotel on the morning after the storm, they noticed how badly the city had been hit.

"The leaves had been absolutely shredded, said Tammy. "There's so many trees down, right? But the leaves that came off of the trees were shredded because the wind was so strong, and the raindrops were ripping them to shreds, so entire sides of cars were just coated in leaf pieces. And what was interesting was, we watched somebody tried to clean it up and it's not easy to move. They were kind of glued to the cement and into the car."

The extent of the damage brought by Fiona was obvious in the park across the street from their hotel.

"Half of the trees were down, there are power lines everywhere and streets are closed because of the trees laying across them. And they have so very many old old trees. Part of the reason they said the damage was so significant as well is that the trees were in full leaf, so it made it easier for them to get pushed over," explained Tammy. "When we sit at the lake and we have a really good storm, it howls like that too. But this sounded like a freight train was coming through."

Fiona shut down ferry service to and from the island, but Tammy says they had no problem crossing Confederation Bridge to get back to New Brunswick.

As of the afternoon of September 26, Maritime Electric was reporting 75,000 PEI households were still without power. 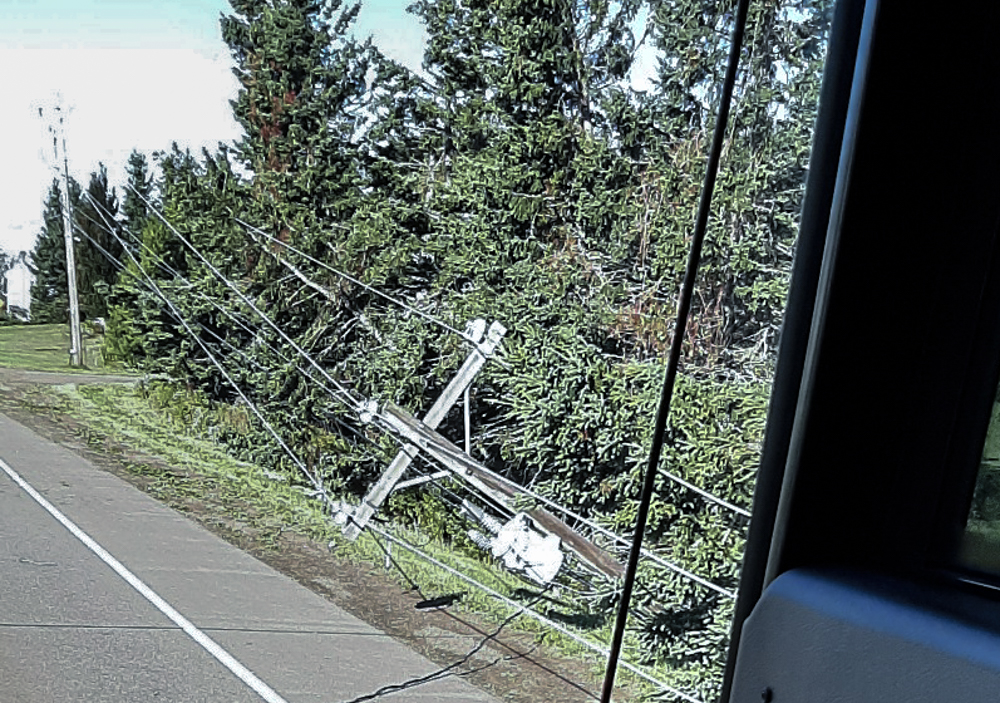 Roland Pumpkin Fair Returns With Fun For The Whole Family!